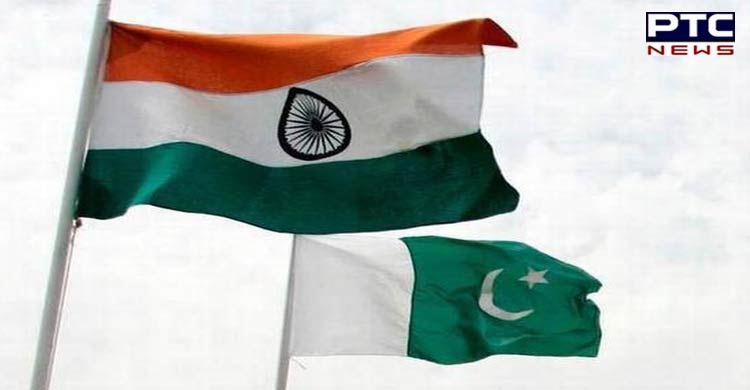 New Delhi, June 6: India slammed Pakistan's Prime Minister Shehbaz Sharif on Monday over a tweet on "minority rights" and stated that Pakistan itself is a "serial violator of minority rights".

Responding to a tweet by Shehbaz Sharif and a statement by its Ministry of Foreign Affairs, the Ministry of External Affairs official spokesperson Arindam Bagchi stated, "We have noted statements and comments from Pakistan. The absurdity of a serial violator of minority rights commenting on the treatment of minorities in another nation is not lost on anyone. The world has been witness to the systemic persecution of minorities, including Hindus, Sikhs, Christians and Ahmadiyyas by Pakistan." Earlier, Pakistan PM tweeted "I condemn in strongest possible words hurtful comments of India's BJP leader about our beloved Prophet (PBUH)."

The Human Rights Commission of Pakistan (HRCP) has expressed concern about the state's and society's intolerance of minorities.

Recent attacks on Christian youth and priests are yet another evidence of Pakistan's ongoing atrocities against minorities.

In Pakistan, there has been an increase in attacks on minorities and their places of worship in recent years. The international community has criticized the country for failing to protect the rights of minorities.


"The Government of India accords the highest respect to all religions. This is quite unlike Pakistan where fanatics are eulogized and monuments built in their honour," Bagchi added.

He urged Pakistan to prioritise the safety, security, and well-being of its minority communities rather than spreading alarmist propaganda and inciting communal conflict in India.

On Monday, India firmly rejected the recent statement by the General Secretariat of the Organisation of Islamic Cooperation (OIC) about "unwarranted and narrow-minded comments" related to "systematic" harassment of minorities in India.


On Sunday, India informed Qatar and Kuwait that it has taken serious action against those who made controversial remarks about minorities on Twitter.