Presidential polls 2022: After first round, Droupadi Murmu gets 540 votes, 208 votes for Yashwant Sinha

New Delhi, July 21: The counting of votes to elect the 15th President of India began on Thursday at 11 am, The result is expected to be announced around 4 pm.

After the first round of counting of votes, Droupadi Murmu secured 540 MP votes, while Yashwant Sinha got 208 MP votes. However, PC Mody, Secretary General, Rajya Sabha has announced that these are figures for Parliament and asked everyone to wait for the next announcement.

The voting for the election of the Presidential post took place on July 18 and was completed in a peaceful manner.

BJP-led NDA candidate Droupadi Murmu and opposition candidate Yashwant Sinha are in the fray for the top post. However, the NDA candidate is seen to have a clear edge in the polls.

The voting concluded at 5 pm at the Parliament House and at designated places in the capitals of all states besides the UTs of Puducherry and Delhi on Monday. 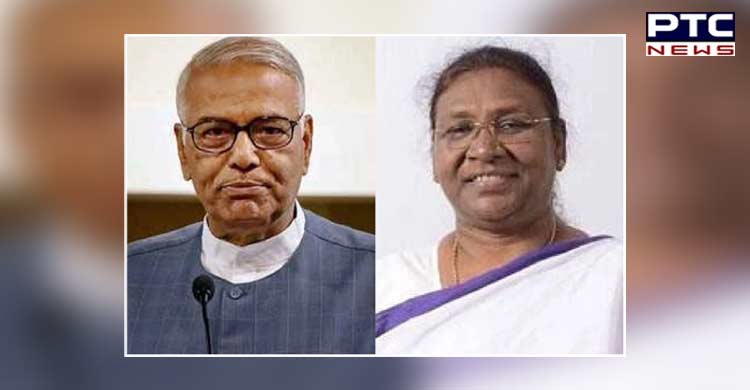 The polled ballot boxes from states were brought back to Parliament House by July 19.

The counting will take place in Room 63 of Parliament House, and the results will be announced immediately afterwards. The immediate area of Room 63 has been designated as a sanitised and "silent zone."