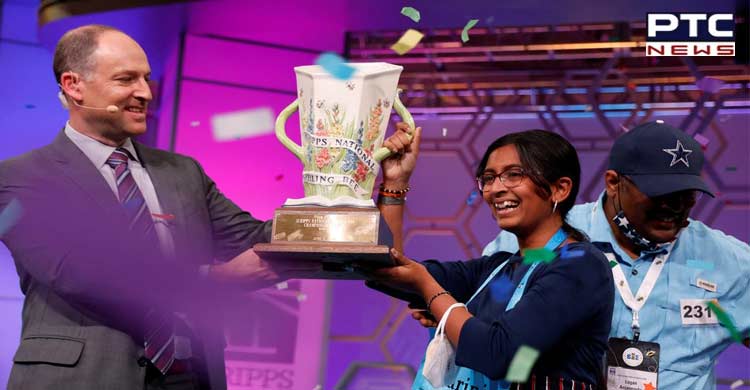 Maryland, June 3: Indian American Harini Logan, an eighth-grader from Texas, won the title in the spell off at the 2022 Scrips National Spelling Bee.

Moreover, spelling 15 words correctly, Speller 76 Vikram Raju from Colorado took second place. He has one more chance left at the Scripps Cup in 2023. "By correctly spelling 22 words in the Spell-off, the 2022 Scripps National Spelling Bee Champion is #Speller231 Harini Logan!" wrote Scripps in a tweet. 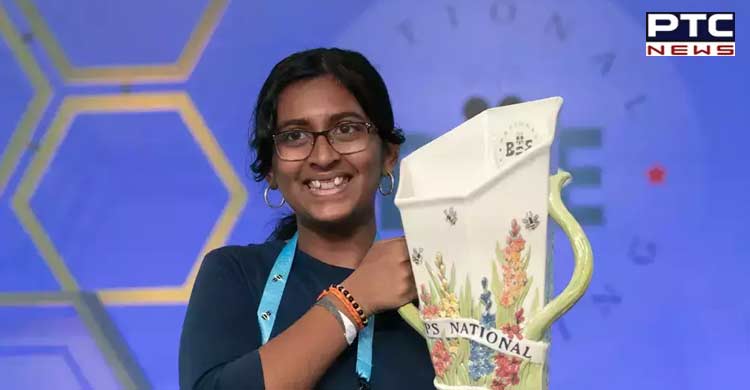 Logan compared her journey to a bowstring, with every disappointing finish in a bee, the tension got tighter and tighter propelling her to an incredible finish, it added. Logan took home the USD 50,000 cash prize and Scripps Cup trophy on top of awards from Merriam-Webster and Encyclopedia Britannica.

Grace Walters, one of Logan's coaches said, "She is incredible. She is brilliant. She is poised." She added, "I have watched her encounter so many challenges in her journey and she tackles every one of them and moves forward with an exuberant smile."
Logan draws inspiration from US Vice President Kamala Harris. 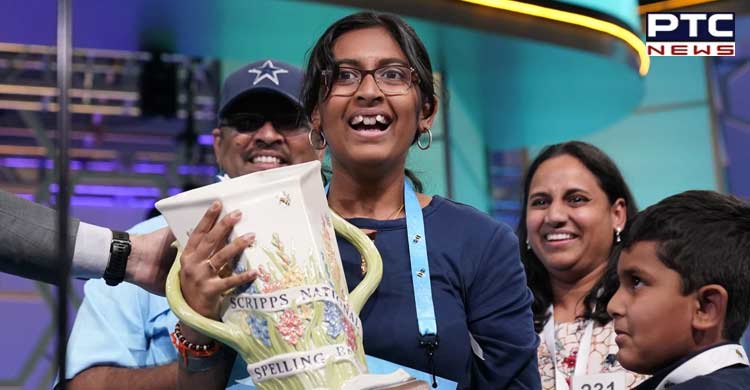 Raju and Logan each had 90-seconds to spell as many words as they could in the spell-off. Both of them received the same words to spell.

It was a historic achievement for Logan as she ended a "spellbinding" career as a finalist in her fourth Bee. Notably, 234 spellers traveled to Maryland for the finals.
Leading to the spell off was a roller coaster ride for Logan. She nearly did not advance past the word meaning round on Thursday. She had heard the tragic bell after her answer for "pullulation" was rejected. "I was like 'Wow, I'm out. This is it,' “Logan said, reported US today.

However, the judges conferred during a break and ruled that the answer she gave could be correct since it could mean "to breed" or "to swarm." Head judge Mary Brooks explained the ruling and Logan, who only minutes earlier had learned of her reversed fortunes, returned to her seat on the stage. 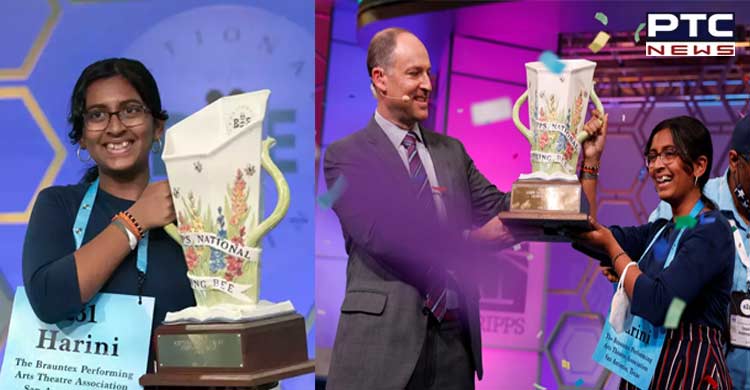 "There were a few minutes in between that were frantic," Logan said.
Logan rolled through the rest of the spelling until her stalemate with Raju, which led to the spell-off.