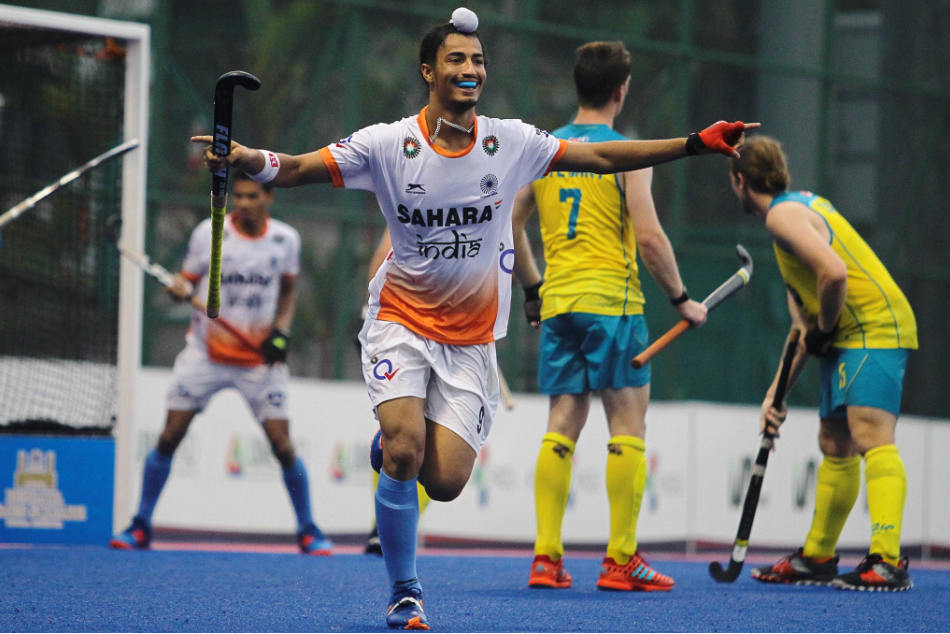 Defending champions Australia broke the Indian run of wins in Hockey 5s competition for men in the 3rd Youth Olympic Games on Wednesday. Australia beat India 4-3 in a fiercely contested game to move to the top of the table.

Starting on an aggressive note, Australia built an early 2-0 lead through goals by  Milas Davis and James Collins. However, the lead did not deter Indians from continuing their aggressive play. In the sixth minute Vivek Sagar Prasad scored first goal for his team.

But his effort was negated by  Marias Bradly who scored Australia's third goal.

Getting under pressure, India tried to stage a come back with concerted attacks and succeeded in reducing the margin seconds later through a goal by Vivek Sagar Prasad.

Australia, however, consolidated the lead again through a goal by Alistar Murray not before  Anand Shivam pulled another one back for India to make it 3-4.