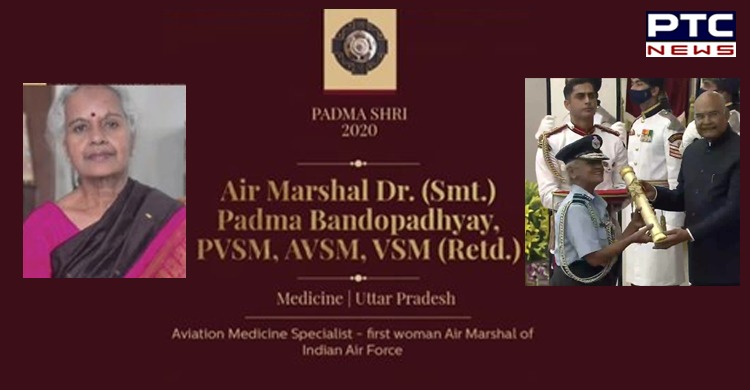 Air Marshal Dr Padma Bandopadhyay on Monday received the Padma Shri award, the fourth-highest civilian honour of the country, in the field of medicine.

Dr Padma Bandopadhyay was the first woman to be promoted to the level of Air Marshal in the Indian Air Force (IAF).

She continues to serve people as a civilian now. President Ram Nath Kovind is presenting the Padma Awards in the Rashtrapati Bhawan in New Delhi. 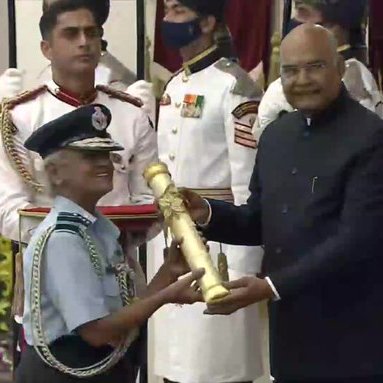 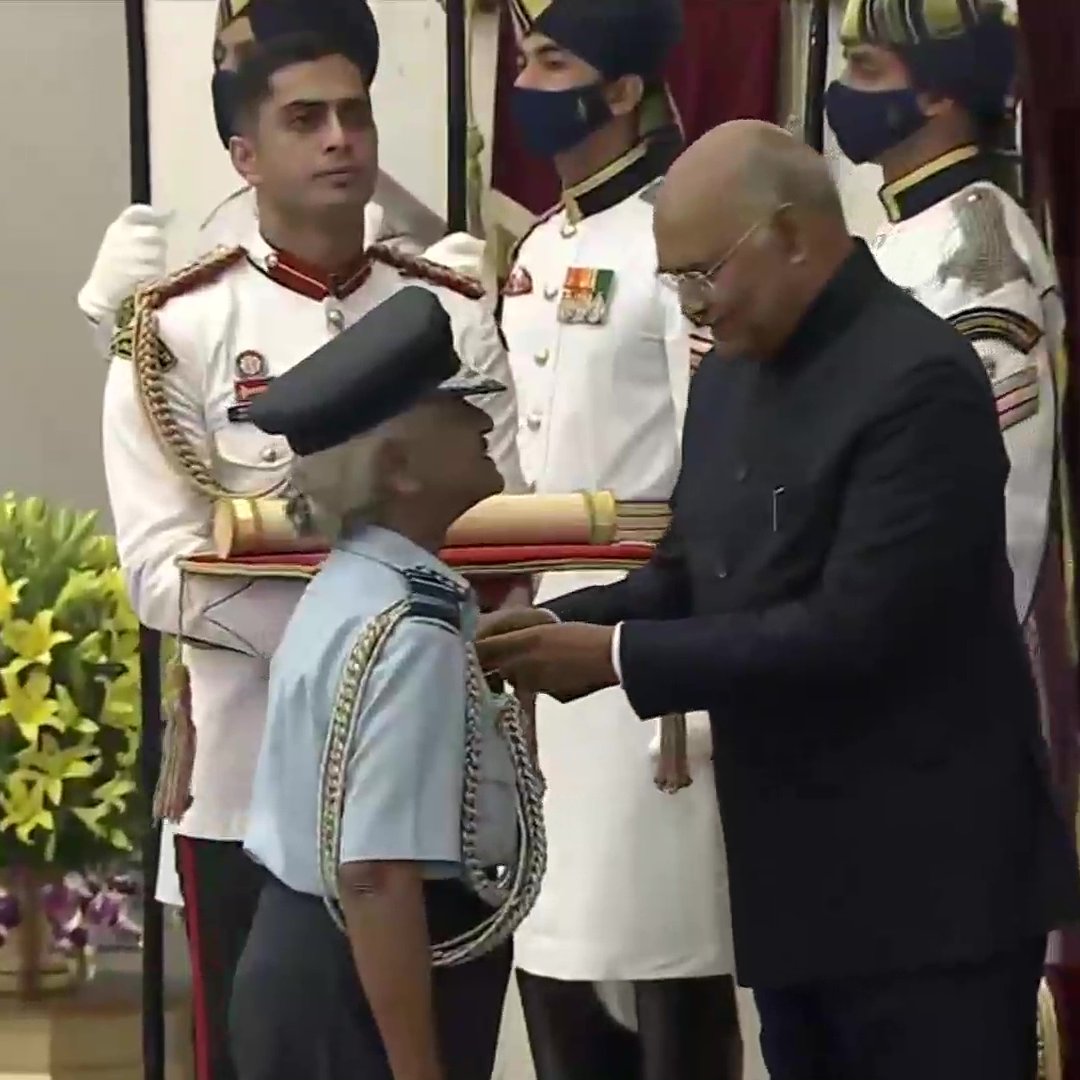 The award seeks to recognise achievements in all fields of activities or disciplines where an element of public service is involved.
119 Padma Awards will be presented by President this year.