Jammu and Kashmir: Army Jawan killed in a ceasefire violation by Pakistan in Poonch Sector 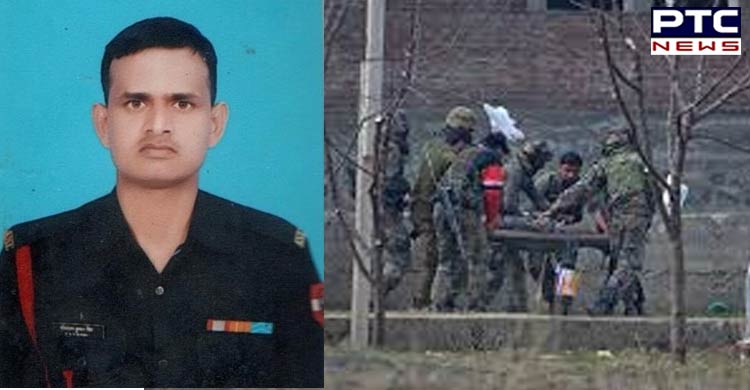 Jammu and Kashmir: A Jawan of the Indian Army lost his life in a ceasefire violation by Pakistan in Krishna Ghati of Poonch Sector on Tuesday. The incident took place at around 11 AM on Tuesday morning, where Pakistan violated ceasefire, to which the Indian Army was retaliating. During the retaliation, an Army Jawan lost his life. The martyred soldier has been identified as Naik Ravi Ranjan Kumar Singh.

Last week, Pakistan alleged that the Indian forces have killed the three soldiers of Pakistan. Although, the incident of ceasefire violation came into the light after the Indian Government lifted the section 144 of CrPC in some areas of Jammu and Kashmir, in an order to provide relaxation to the residents of the valley.

Recently, the Indian Government has abrogated Article 370 from the Jammu and Kashmir, after which Pakistan downgraded the bilateral talks and hence taken some major steps. Pakistan not only stopped the train services, bus services but closed their airspace and also banned the Indian Artists. This clearly shows how desperate has Pakistan become following the revoking of Article 370 in Jammu and Kashmir.