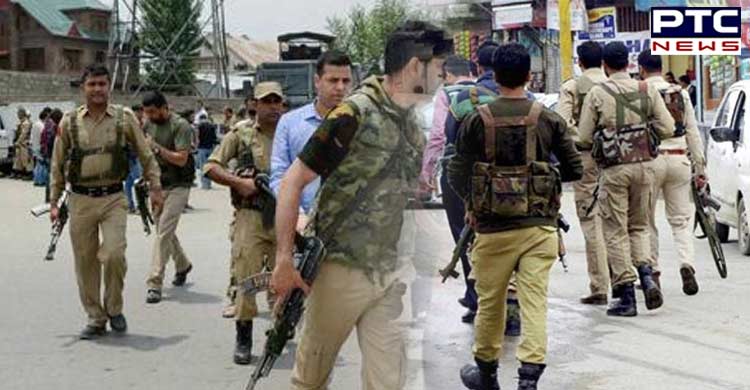 A Lashkar-e-Taiba (LeT) terrorist, Asif, has been neutralised in an encounter in Sopore district of Jammu and Kashmir, police sources said. Two police personnel are reported to have been injured in the encounter. Asif was responsible for the recent shootout in Sopore, in which three members of a family, including a minor girl, were injured.

He also shot at and injured a migrant labour, Shafi Alam in Sopore, where police recently arrested eight associates of terrorists who were threatening and intimidating locals by publishing posters. Investigations are being conducted into the role of these terrorists in the recent killing of civilians in the area. Police have also recovered computers and other accessories used in drafting and publishing posters.

Preliminary investigations have revealed that three of the eight terrorist associates affiliated with Lashkar-e-Taiba (LeT) were the principal offenders. Police seized incriminating material in Sopore on Monday. The eight terrorist associates arrested have been identified as Aijaz Mir, Omar Mir, Tawseef Najar, Imitiyaz Najar, Omar Akbar, Faizan Latief, Danish Habib and Showkat Ahmad Mir. They prepared the poster and circulated them in the area.