Jammu and Kashmir made a Union Territory, Ladakh, UT without Legislative Assembly 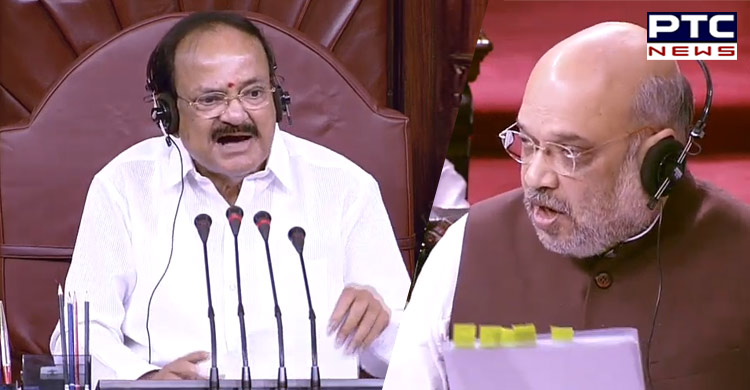 Earlier, the Union Cabinet chaired a meeting at Prime Minister Narendra Modi's residence over the plans of the Kashmir issue. Also, the heightened security has been a build-up in Jammu and Kashmir, while Section 144 of CrPC has been imposed amid the speculations about the Central government's plans regarding Kashmir.

Home Minister Amit Shah arrived at Parliament after the cabinet meeting at PM's residence. Likewise, Amit Shah said, "I am ready for all discussions by the leader of the Opposition, the entire opposition and the members of the ruling party over Kashmir issue. I am ready to answer all questions."

Also, Jamyang Tsering Namgyal, BJP MP from Ladakh said, "I welcome the Bill on behalf of everyone in Ladakh. People there wanted the region to be a Union Territory. People in Ladakh wanted that the region be freed from the dominance & discrimination of Kashmir, that is happening today.

Despite this, Uproar in Rajya Sabha took place after the resolution revoking Article 370 from Jammu and Kashmir is moved by the Home Minister Amit Shah. Also, the Rajya Sabha Chairman Venkaiah Naidu asked PDP's Mir Fayaz and Nazir Ahmed Laway to go out of the house (Rajya Sabha) after they attempted to tear the constitution.