"Let us not get fooled": Raveesh Kumar, MEA on Pakistan booking Hafiz Saeed in terror financing 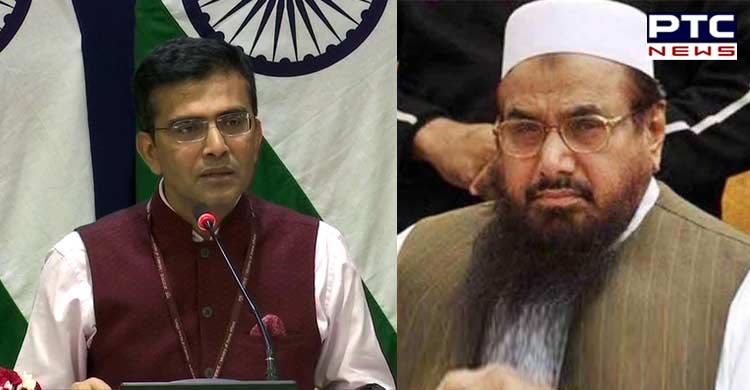 Pakistan claimed that they have booked top 13 leaders of the banned Jamaat-ud-Dawa (JuD), including its chief Hafiz Saeed in the case of terror financing and money laundering ahead of the Pakistan Prime Minister Imran Khan's visit to the United States. Meanwhile, Raveesh Kumar, MEA, addressed the media on booking of Hafiz Saeed and others in cases of terror financing.

Raveesh Kumar said, "Let us not get fooled by such cosmetic steps. Pakistan's sincerity to take action against terrorists & terror groups will be judged on the basis of their ability to demonstrate verifiable, credible & irreversible action against terror groups operating from their soil & not on the basis of half-hearted measures which they undertake sometimes to hoodwink the international community. We want a normal relationship in an environment free from terror."

Likewise, MEA spoke on Dawood Ibrahim's location and the hint that India is providing to Pakistan against him. He said, "The location of Dawood Ibrahim is not a secret. Time & again we have been presenting to Pakistan a list of people who are in their country. We've asked repeatedly that he should be handed over. His imprint on the Mumbai blast is very clear for all of us to see."

Meanwhile, Raveesh Kumar, MEA took a dig at Pakistan. He said, "You(Pak)claim that you've taken action but when it comes to taking action against people who we have demanded you go into denial mode. On the other hand, you try to project to int'll community that you are taking some action against the terrorists operating from the soil". "This basically is a case of double standards, this is something where they stand completely exposed as far as their claims of taking action against terror groups in Pakistan is concerned", said Raveesh, MEA.