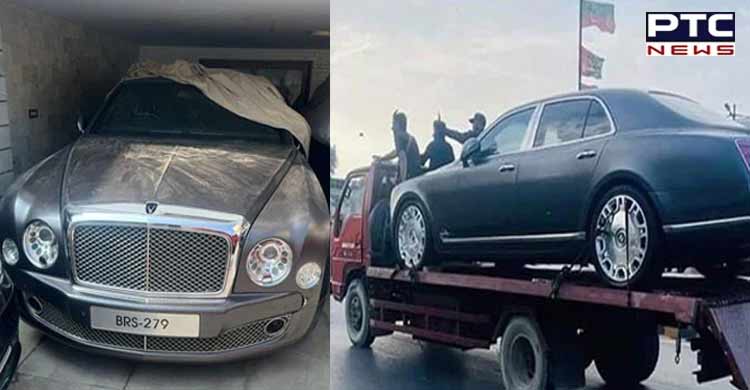 The Collectorate of Customs Enforcement (CCE), Karachi, confirmed that the UK's intelligence agency tipped off Pakistani authorities that the stolen vehicle is parked in a house in Karachi's Defence Housing Authority (DHA) area, The News International reported. "A credible information was received from a national agency of a friendly country that a grey Bentley Mulsanne, V8 Automatic, VIN Number SCBBA63Y7FC001375, Engine Number CKB304693 was stolen from London and their intelligence agency indicated that the said vehicle is supposed to be parked at 15-B, South 10th Street, DHA, Karachi," Federal Board of Revenue's (FBR) Collectorate of Customs said in a statement.

A customs official said that the car was found in the parking lot of apartments in Karachi's DHA. The two accused, Jameel Shafi and Naveed Bilwani were taken into custody.

"The arrested persons were identified as Jameel Shafi, son of Shafi Ahmed, a resident of 10th South Street, House No 15-B, Phase II Extension, and Naveed Bilwani, son of Rafique, a resident of House No159, Khayaban-e-Roomi, DHA," said the official.

"Another accused Navaid Yamin, a resident of KDA Officers Society, facilitator at Motor Registration Authority, Excise & Taxation Department, Karachi is missing while other financiers, abettors and associates to be ascertained during the investigation are yet to be arrested," the official further said.

According to the local media, the excise department was accused as a 'facilitator' in evading taxes amounting to over Rs 300 million as the provincial government registered the luxury vehicle, whose assessed value at the time of import was shown as Rs 41.43 million, without permission of the foreign ministry and a no-objection certificate from the customs. 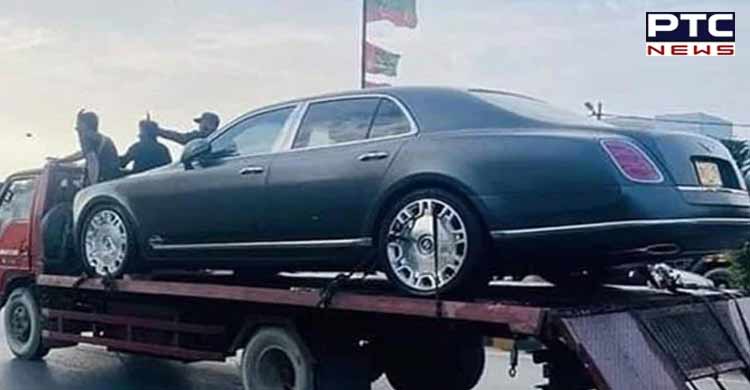 When the FBR officials raided the house, they found that the Bentley had a having Pakistani registration number plate and a white-coloured handmade number plate on the front. The tax collecting authority said that the chassis number of the vehicle was matched with the one shared by the UK authorities, The News International reported.

"We are also looking at how the car arrived in Karachi. Definitely, the car reached Karachi with fake shipment and registration documentation," the Customs officer explained.

During the initial investigation, it was revealed that the vehicle was sold to the owner by another person, who took all the responsibilities to clear all required documentation from the concerned authorities.

The CCE said that Sindh Excise and Taxation department illegally registered this stolen vehicle without completing all legal formalities. 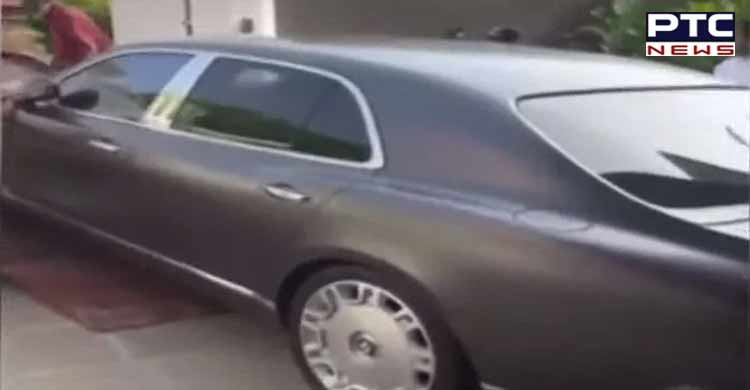 "The prime suspect, Naveed, sold the luxury vehicle to Jameel with the facilitation of an official at Sindh Excise Department," a CCE spokesperson said.

Officials took the owner of the residence and the individual who sold him the vehicle into custody after the house owner failed to provide adequate documents.

The FBR's Collectorate of Customs lifted the vehicle to its depot after failing to find its keys.

"Due to non-availability of the key of the said vehicle, arrangements were made to lift the vehicle by car carrier. The recovered vehicle was loaded on a car carrier for taking it to ASO HQ-NMB Wharf for the further completion of legal formalities," said the board.

Moreover, the customs claimed to have seized another vehicle from the same person during a raid on the DHA apartment.

The police said that a case had been registered and further investigation is underway.