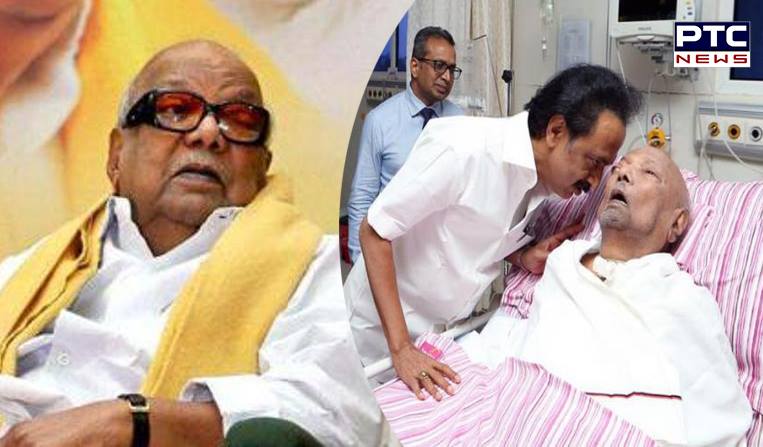 M Karunanidhi, former Tamil Nadu chief minister, died at a private hospital in Chennai on Tuesday after prolonged illness. He was 94 years old and had died at 6:10pm.

“Despite the best possible efforts by our team of doctors and nurses to resucitate him, he failed to respond,” said the hospital in a statement, expressing “deep anguish”.

Karunanidhi was shifted to Kauvery Hospital on July 28 after being treated at his home in Chennai’s Gopalapuram for fever and urinary tract infection. MK Stalin, Karunanidhi’s political heir and DMK working president, appealed to party workers to maintain peace as he and his siblings visited the hospital every day.

He is survived by sons Stalin, MK Alagiri, Muthu, Tamilarasu and daughters Kanimozhi and Selvi.

Thousands of DMK workers had swamped the hospital’s neighbourhood after hearing about the leader’s health. Police had set up barricades around the hospital and only very senior leaders were allowed to visit the hospital.