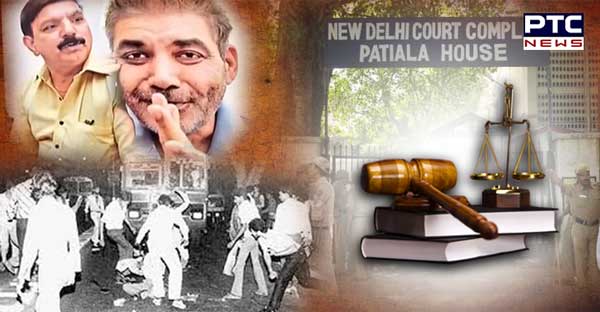 November 20 has become historical for justice loving people in general and Delhi Sikhs in particular. It is on this date that history has been made as two persons accused of killing innocent Sikhs on November 1, 1984, were given capital punishment. Thirty-four years after the 1984 Sikh Massacre, Delhi court on Tuesday awarded death sentence to Yashpal Singh and life imprisonment to Naresh Sehrawat for killing two persons during 1984 anti-Sikh riots. The verdict was pronounced in Tihar Jail due to security concerns following attacks on convicts on Delhi court premises on the day of judgment.

We introduce you to two lawyers who worked hard to take the case to its logical conclusion.

The victims of 1984 Anti Sikh riots were represented by Gurbaksh Singh and Harpreet Singh Hora in the High Court of Delhi and the Supreme Court of India. The case of 1984 anti-Sikh riots was fought by these two advocates.

-Harpreet Singh Hora: He represented the victims of 1984 Anti Sikh riots in the High Court of Delhi and the Supreme Court of India. He is also an advocate for the Delhi Sikh Gurdwara Management Committee in the Writ Petition to earn the right for Sikh students to wear Kara and Kirpan in NEET examinations. Besides, he is also fighting cases of prisoner lodged in Tihar Jail for getting medical treatment. for upgradation of facilities in Jail and reforms in prisons. besides representing employees of the Ministry of Commerce and Industry before the Central Administrative Tribunal and many other important matters.

-Gurbaksh Singh has been providing legal advice and services since 1987 and is an independent lawyer, practising in various fields of law including Criminal Defense, Property Law, General Legal, Consumer Protection and Corporate Law.