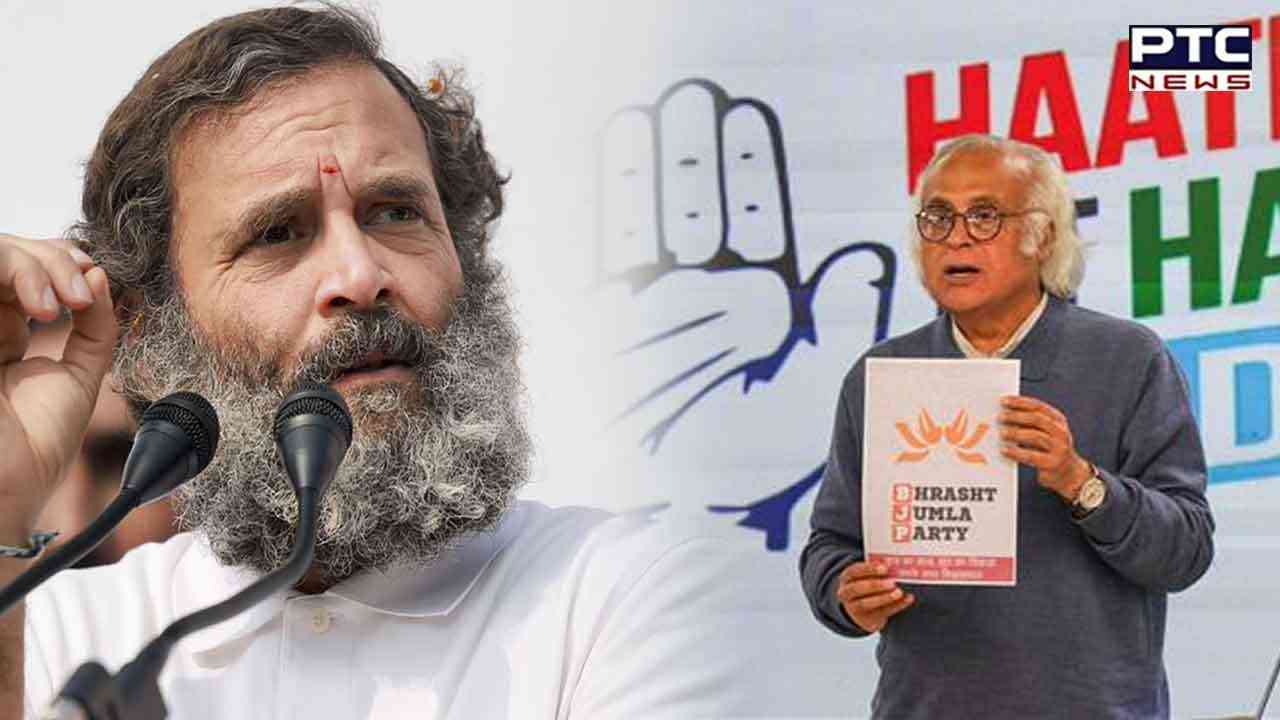 New Delhi, January 21: A "charge sheet" was released by Congress party on Saturday against the Narendra Modi government, terming the Bharatiya Janata Party a 'Bhrasht Jumla Party' and alleging that its mantra was 'kuch ka saath, khud ka vikas, sabke saath vishwasghaat' (for the benefit of few, development for self and betrayal of everyone)".


Opposition party leader Rahul Gandhi leading the Bharat Jodo Yatra, will hoist the national flag at the Pradesh Congress Committee office in Srinagar's Lal Chowk area followed by a public meeting at the Sher-e-Kashmir Stadium which will mark the culmination of the Kanyakumari to Kashmir march. While addressing a press conference at the AICC headquarters, the Congress general secretary in-charge of the communications Jairam Ramesh and general secretary in-charge organisation KC Venugopal also unveiled the logo of the party's follow-up programme to the yatra -- Haath Se Haath Jodo Abhiyan'. 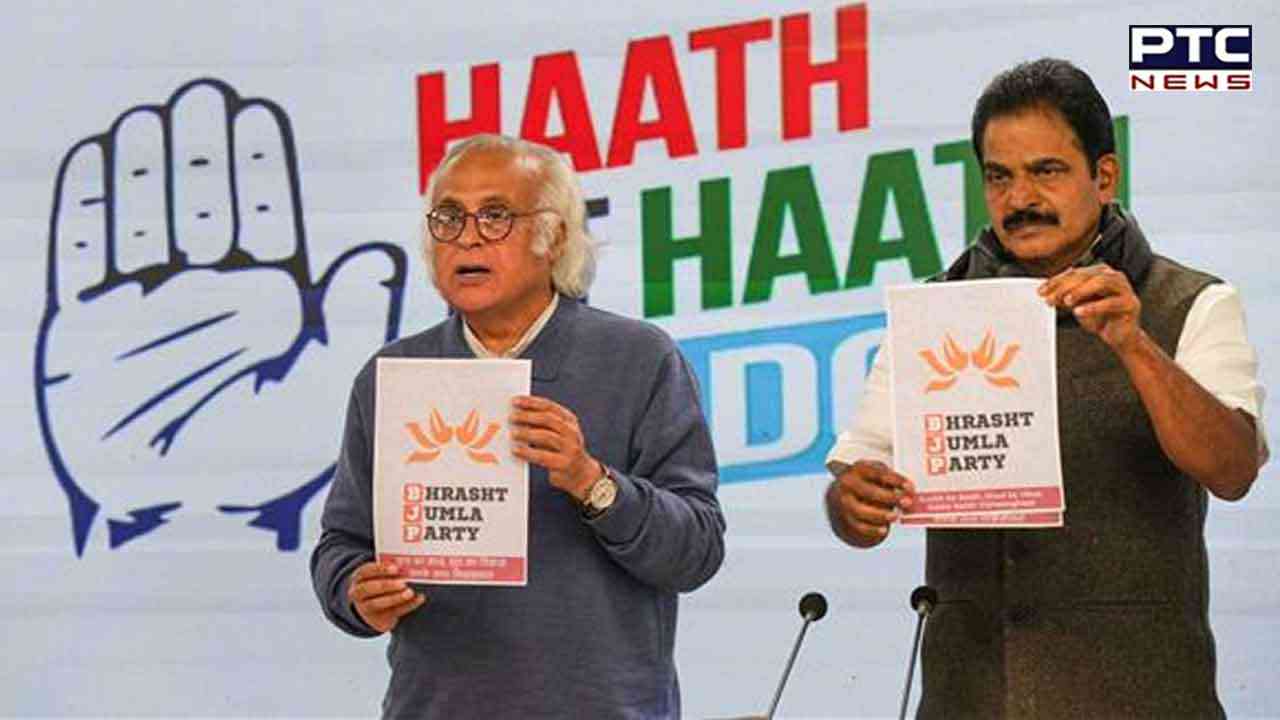 
The logo ‘Haath Se Haath Jodo Abhiyan’ is quite similar to that of the ongoing Bharat Jodo Yatra, the only difference is that it has a Congress' hand symbol on it. This symbol signifies that it would be a 100 per cent political campaign which cannot be said of the cross-country march, Ramesh said.

Venugopal further said that as part of the Congress' campaign starting on January 26, the party would take the 'charge sheet' and Rahul Gandhi's letter with the message of the yatra to every household.

The Congress released the charge-sheet on Saturday by the two leaders dubbed the BJP 'Bhrasht Jumla Party' and alleged that its mantra is "Kuch ka saath, khud ka vikas, sabke saath vishwasghat (For the benefit of few, development for self and betrayal of everyone)", an apparent swipe at the government's 'sabka-saath-sabka-vikas-sabka-vishwas-sabka-prayas' slogan.

The charge-sheet which is shared by the Congress party is divided into three sections 'kuch ka saath', 'khud ka vikas' and 'sabke saath vishwasghaat'. Under 'kuch ka saath' (for the benefit of few) segment of the 'charge sheet', the party alleged loan waivers for a few select businessmen, 10 per cent of the wealthy owning 64 per cent of India's wealth and ports and airports being "gifted" to the prime minister's "close friends".

Congress accused the BJP of spending crores on propaganda that indulge in nepotism which mentions 'khud ka vikas' (development for self) segment.

Venugopal further said that the cross-country foot march, was a "grand success" and had "become a great movement" in the country.