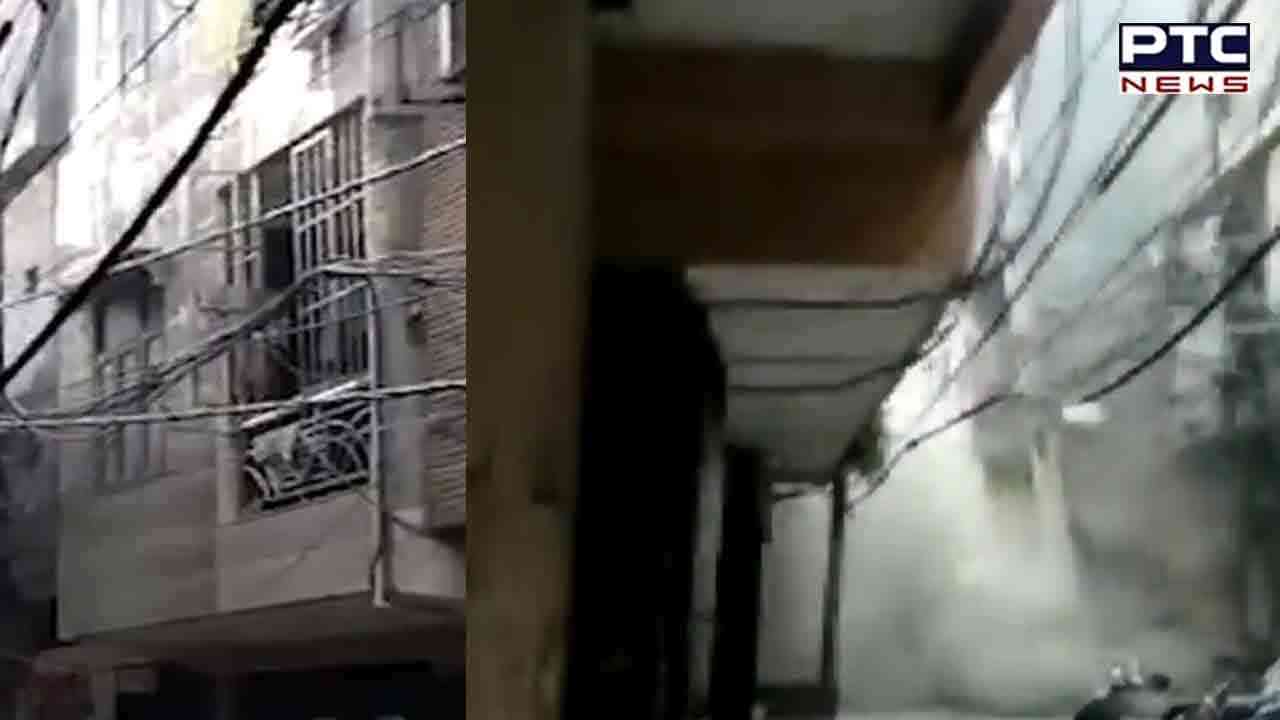 New Delhi, December 5: A four-storey building in Delhi's Shastri Nagar, which had developed cracks six months back, collapsed on Monday.

Police said they received a PCR call about the building collapse around 8:45 a.m. They reported that a police team, as well as fire tenders and an ambulance, were rushed to the scene.

The matter was also brought to the knowledge of the municipal authority, after which the officials inspected the spot.

The police informed that no one was living in the building at the time of the incident and there was no loss of lives or injuries.