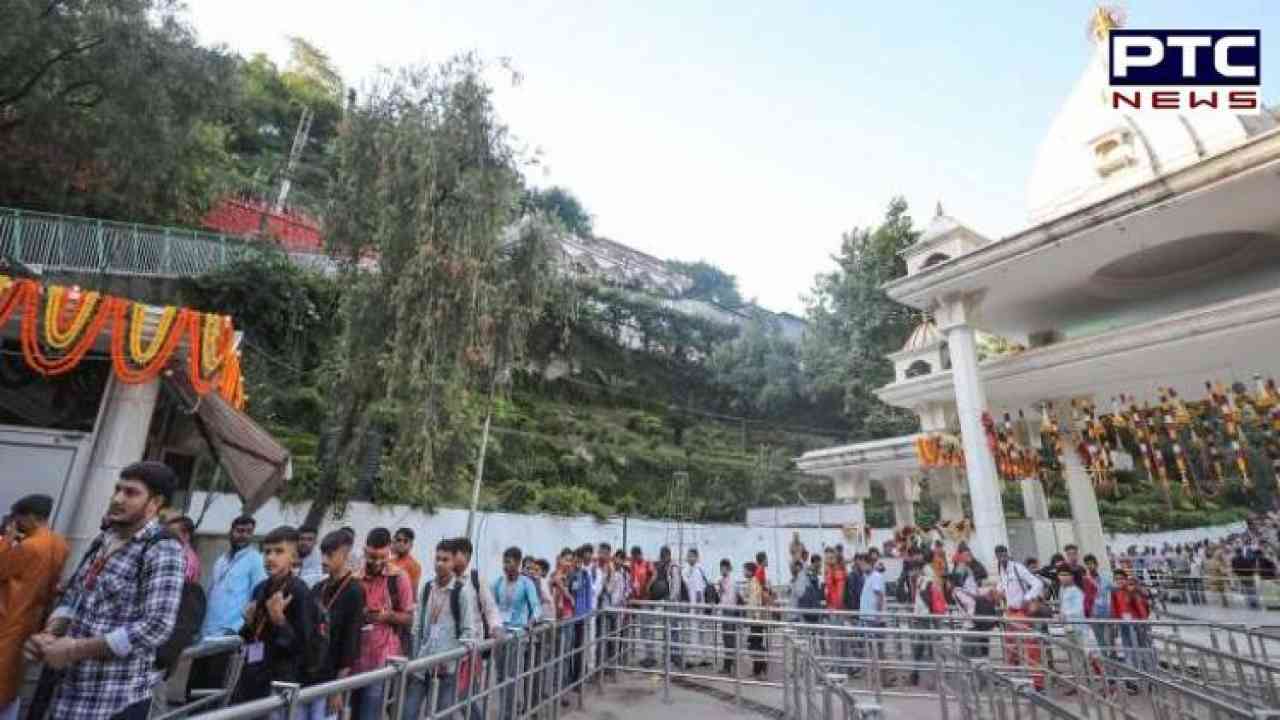 Katra (Jammu and Kashmir), December 31: Despite the severe cold conditions ahead of the New Year, the Mata Vaishno Devi shrine in Jammu saw a huge rush of devotees on Saturday, with serpentine queues seen on the Trikota hills of Katra.

Devotees from all over the country, including children, were seen chanting "Jai Mata Di" as they walked up and down the hill, wishing each other well in the coming year.

"I am getting a good feeling. I come here on the eve of every new year. I have been coming here for 5-6 years to pray to Mata Devi. I am feeling good," said Manish Kumar, a devotee from Bulandshahr, Uttar Pradesh.

Another devotee, Poonam Sharma, said, "I wish that 'Mata Rani' shower her blessings upon everyone. Everyone remain happy. May the new year turn out well and bring happiness to everyone".

When asked about the Vaishno Devi stampede on January 1, 2022, which killed 12 people and injured 16, Sharma said, "It was an unfortunate incident." And hoped that more facilities would be added in the future.

Ranjan, a devotee who travelled from Punjab with her family, wished everyone happiness.

"I'm overjoyed right now. My prayer is that God showers her blessings on everyone. I consider myself fortunate to have come here with my family to pay our respects at Mata Devi's feet. On the eve of the New Year, I wish everyone happiness "Ranjan stated.

The Jammu and Kashmir Police conducted a security review of the Shri Mata Vaishno Devi Shrine in Katra, Reasi district, earlier this month.

Every security drill at the shrine, the yatra route, and the safety and security of pilgrims visiting the shrine on a daily basis were all reviewed by the DIG.

The DIG also ordered a joint security drill with the Central Armed Police Force (CAPF) and other intelligence agencies to ensure the shrine's safety.