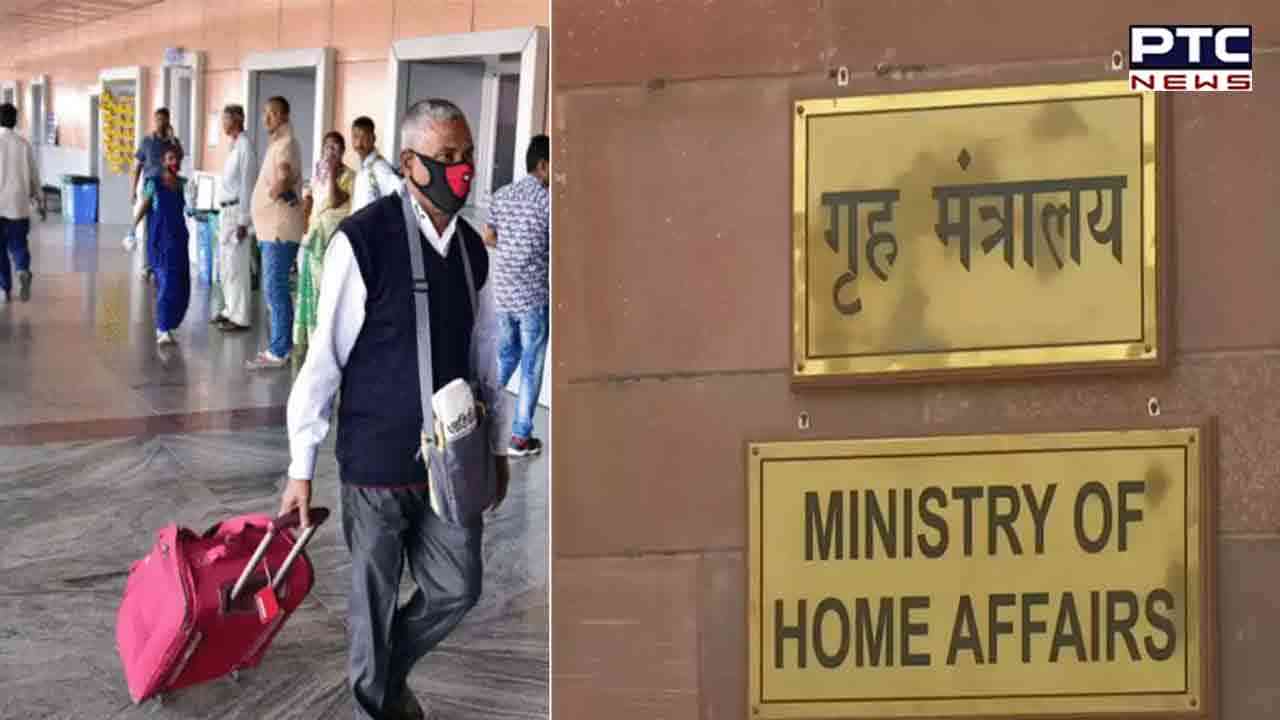 New Delhi, November 22: The Ministry of Home Affairs (MHA) on Monday revised its guidelines linked to acceptance of foreign hospitality by members of legislatures, office-bearers of political parties, judges, government officials and employees of corporations who travel outside India, asking them to seek prior "online" permission from the Ministry.

As per new guidelines, Rule 7 of the Foreign Contribution Regulation Rules, 2011 says that "any person belonging to these categories who wishes to avail foreign hospitality shall apply to the central government in electronic form in Form FC-2 for prior permission to accept such foreign hospitality". The rule specifies that "every application for acceptance of foreign hospitality shall be accompanied by an invitation letter from the host or the host country, as the case may be, and administrative clearance of the Ministry or Department concerned in case of visits sponsored by a Ministry or Department of the Government".

The application for grant of permission to accept foreign hospitality must reach the appropriate authority ordinarily two weeks before the proposed date of onward journey, mentions the rule.

As per the revised guidelines, "In case of emergent medical aid needed on account of sudden illness during a visit abroad, the acceptance of foreign hospitality shall be required to be intimated to the Central Government within one month of such receipt giving full details including the source, approximate value in Indian Rupees, and the purpose for which and the manner in which it was utilised. Provided that no such intimation is required if the value of such hospitality in emergent medical aid is upto one lakh rupees or equivalent thereto."

Also, the list of agencies of the United Nations and other International Organisations, which are not treated as "foreign source", is available on MHA's website.

An official privy to the changes said the provision for intimating the Centre 'online' has been there since 2015 but it was not included in the guidelines, which has been done on Monday.

"Prior to 2015, the entire process was offline," said the official.

Under the Foreign Contribution Regulation Act (FCRA), any offer made in cash or kind by a foreign source for providing a person with the cost of travel to any foreign country or territory or with free board, lodging, transport or medical treatment is considered as foreign hospitality.

The guidelines issued on Monday said that prior permission is not needed in cases where the entire expenditure on the proposed foreign visit is being met by the central government or state government or any central or state public sector unit (PSU).

Permission is also not needed when the proposed visit is being undertaken in a personal capacity and the entire expenditure is being borne by that person; or when foreign hospitality is being provided by an Indian national living in a foreign country. Visits where members of the Indian parliamentary delegation are visiting a foreign country under bilateral exchange and in courses approved by the government also do not need prior permission.

The FCRA Act aims to prohibit the acceptance and utilisation of foreign contributions or foreign hospitality for any activities detrimental to the national interest.

In November 2020, the MHA made the FCRA rules stricter, stating that organisations which may not be directly linked to a political party but engage in political action like "bandhs", "hartals" and "rasta roko" will be considered of political nature if they participate in active politics or party politics. The organisations covered under this category include farmers' organisations, students or workers' organisations and caste-based outfits.

In the amended FCRA rules -- the law was tweaked in September 2020 -- the government barred public servants from receiving foreign funding and made Aadhaar mandatory for every office-bearer of NGOs. The new law also says that organisations receiving foreign funds will not be able to use more than 20 per cent of such funds for administrative purposes. This limit was 50 per cent earlier.