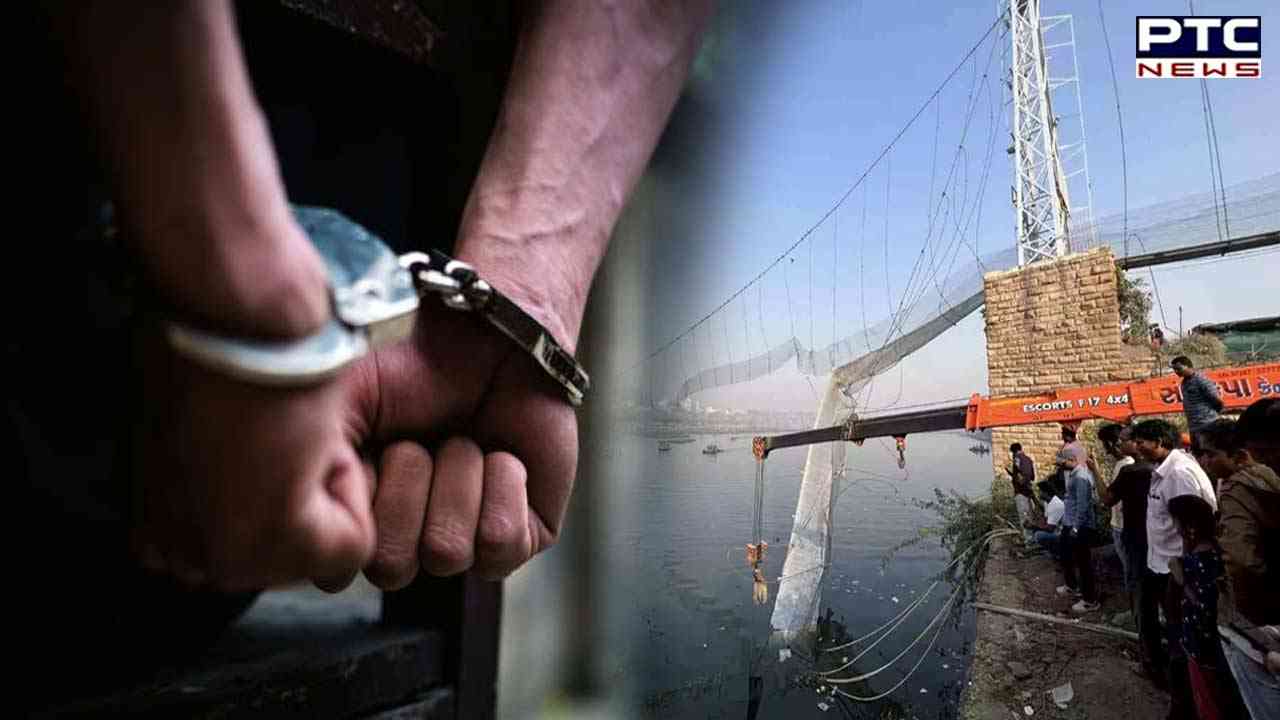 Gujarat Morbi Bridge Collapse: Nine people including officials of Oreva, the company that renovated the bridge, ticket sellers and security men have been arrested in connection with the Morbi bridge collapse incident in Gujarat.

"As and when we get evidence, police will nab the accused further. We have also formed a Special Investigation team pertaining to the incident," he further said.

The suspension bridge over the Morbi Macchu river collapsed on Sunday, leaving over 134 people dead and about 100 injured.

In connection with the tragic bridge collapse, the Gujarat Police have filed a First Information Report under IPC sections 304 and 308 (culpable homicide not amounting to murder).

A five-member committee has been established by the Gujarat Government to investigate the bridge collapse incident.

"An unfortunate incident took place in Morbi, we pay our condolences. We filed an FIR under various sections of IPC against all the accused to take stringent action. Police & locals mobilised and helped in the rescue operation," the IG stated.

"An FIR has been registered against the maintenance and management agencies of the bridge, under Sections 304 (culpable homicide not amounting to murder), 308 (attempt to commit culpable homicide), and 114 (abettor present when offence is committed) of the India Penal Code," said Morbi B Division Police Inspector, Prakashbhai Dekavadiya.

Prime Minister Modi, who is in Kevadia stated that rescue operations were underway and there would be no laxity in rescue and relief efforts.