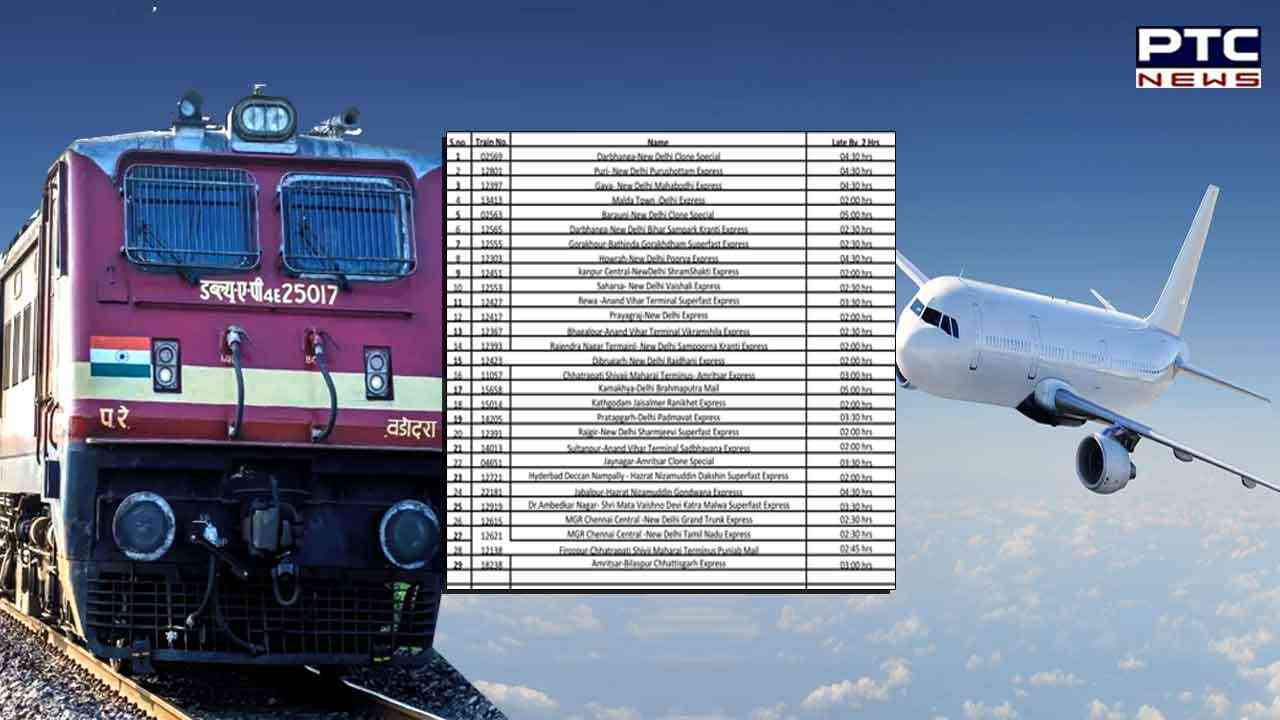 In the meantime, around 118 domestic flights have been delayed from the Indira Gandhi International Airport in the national capital due to bad weather, cold wave and low visibility.

Some major and important national flights delayed are :

Spicejet flight from Ahmedabad to Delhi,

SpiceJet flight from Pune to Delhi,

Air India Express from Sharjah to Delhi to Jaipur

As per the data collected from the India Meteorological Department (IMD), a fog layer extended from Punjab and adjoining northwest Rajasthan to Bihar across Haryana, Chandigarh and Delhi and Uttar Pradesh.

In the meantime, the IGIA issued a statement saying: "Low visibility procedures are in progress at Delhi airport....Passengers are requested to contact the airline concerned for updated flight reactions."

The visibility recorded in different areas is as follows:

In the meantime, if you are travelling by train, then keep in mind that over 29 trains are also running late due to dense fog and low visibility.

As per the data collected from Indian Railways, some major trains running late are: