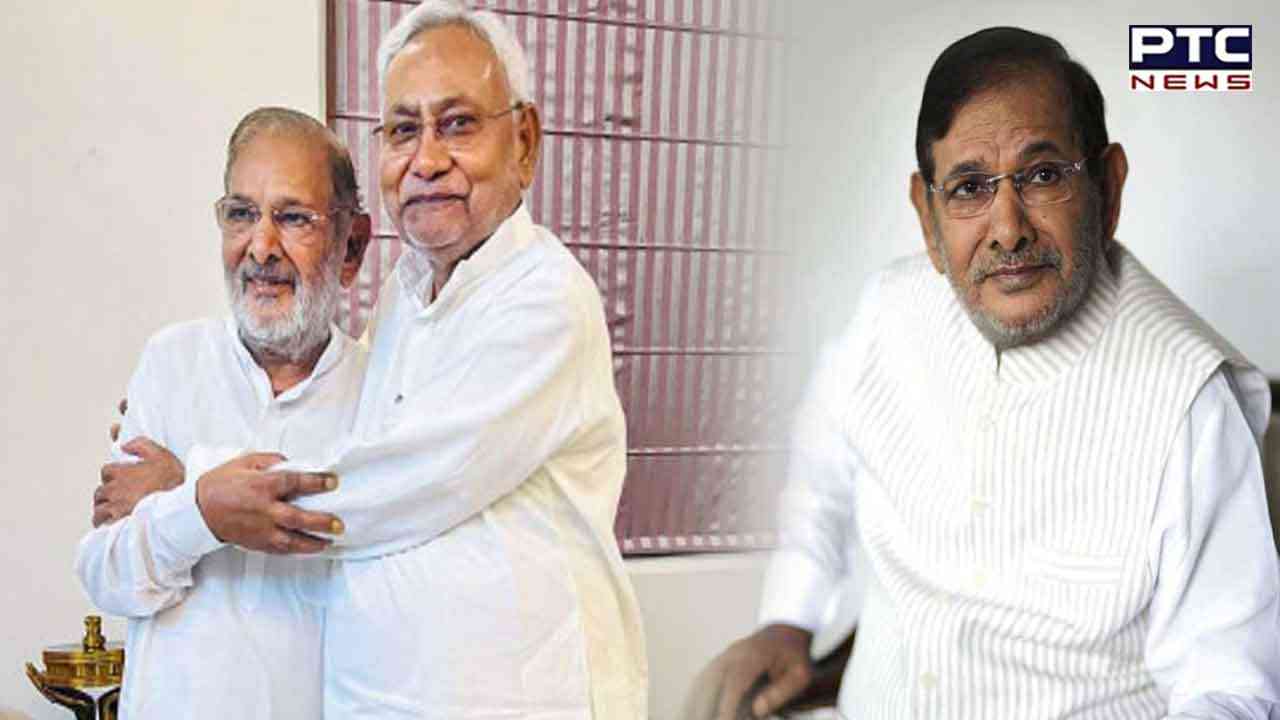 
"Saddened by the demise of former Union Minister Sharad Yadav. I had a very deep relationship with Sharad Yadav ji. I am shocked and saddened by the news of his demise. He was a strong socialist leader. His demise has caused an irreparable loss in the social and political field. May his soul rest in peace," tweeted the Bihar Chief Minister. Yadav breathed his last on Thursday at Fortis Hospital in Gurugram where he was rushed after he collapsed at his residence in Delhi.

The veteran leader was suffering from kidney-related issues for a long time and regularly underwent dialysis.

The family members paid respects to the former Union Minister at his residence in Delhi's Chhatarpur.

Taking to Twitter, PM Modi said, "Pained by the passing away of Shri Sharad Yadav Ji. In his long years in public life, he distinguished himself as MP and Minister. He was greatly inspired by Dr Lohia's ideals. I will always cherish our interactions. Condolences to his family and admirers. Om Shanti."

"The news of the demise of Sharad Yadav, a prominent face in the country's politics, who was a member of both houses of Parliament and a former minister for a long time, is very sad. My deepest condolences to his family and all his loved ones. May nature gives them all the strength to bear this sorrow," tweeted Mayawati.

Sharad Yadav was born on July 1, 1947, in Babai Village in Madhya Pradesh's Hoshangabad.

A socialist leader who remained a prominent figure for a large part of his political life, especially in the peak era of coalitions, Sharad Yadav forged several alliances and turns of the journey saw friends turning into foes and then again returning back to forge partnerships.


Socialist leader, remained a prominent figure all his political life, especially during the height of the coalition government, forging several alliances and turning friends into foes and then back to build partnerships.