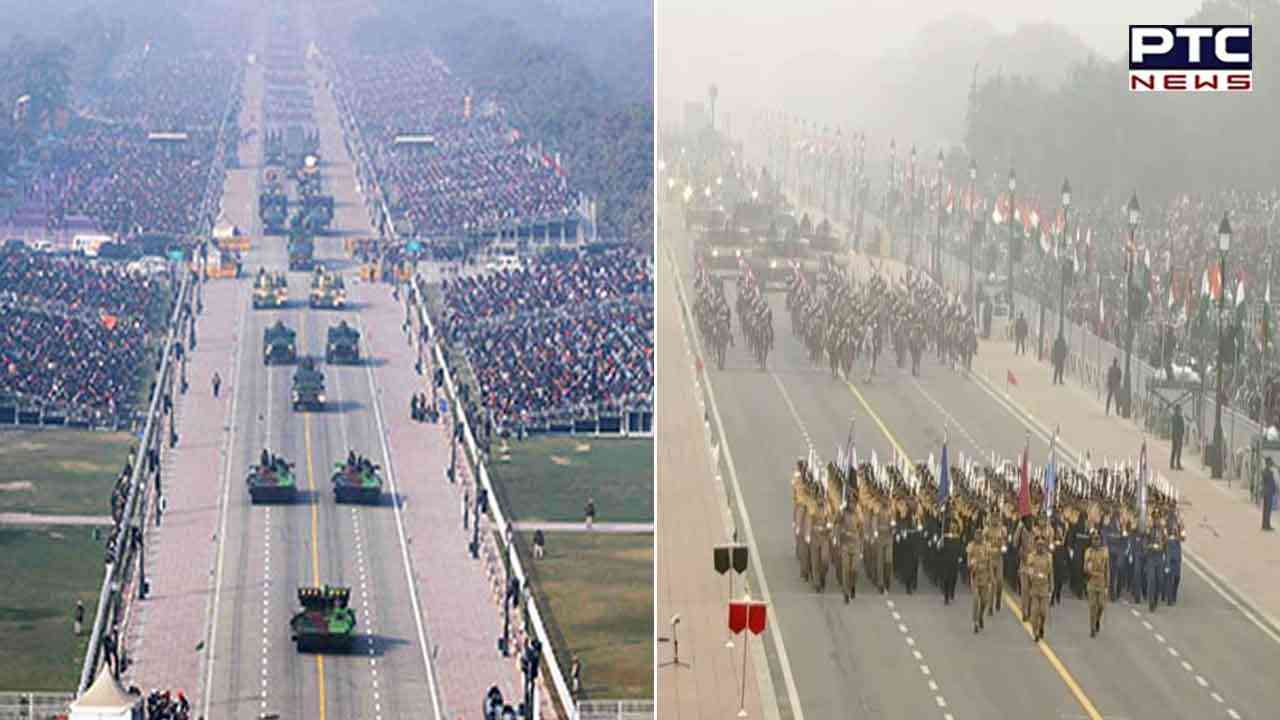 New Delhi, January 26: The 74th Republic Day parade will display the military strength and cultural diversity from the revamped Kartavya Path in the national capital, for the first time on Thursday.

Also Read: Security beefed up in national capital ahead of Republic Day

India celebrates its 74th Republic Day, showcasing the nation's road to self-reliance from Kartavya Path, the revamped ceremonial boulevard from the British period once known as the 'Rajpath'. Prime Minister Narendra Modi unveiled Kartavya Path last year, which was earlier known as Rajpath near the India Gate in the national capital.

President Droupadi Murmu will lead the Republic Day celebrations that will begin from the Kartavya Path.

India's 74th Republic Day celebrations would be Murmu's first after assuming charge as the President of the country last year.

The Republic Day parade, scheduled to begin at 10.30 am, will be a mix of the country's military strength and cultural diversity.

Egyptian President Abdel Fattah El-Sisi will be the chief guest of the grand event.

Building on last year's celebrations, in the 75th year of Independence, celebrated as 'Azadi ka Amrit Mahotsav', the celebrations this year shall witness zeal, enthusiasm, patriotic fervour, and 'Jan Bhagidari', as envisioned by Prime Minister Modi.

According to the Delhi Police, around 65,000 people will witness the parade on January 26, for which they can register through a QR code.

Massive security arrangements have been made for the programme with the deployment of 6,000 jawans, which includes the paramilitary forces, and NSG apart from Delhi Police. The Kartavya Path will be monitored with the help of around 150 CCTV cameras, which also have high-resolution cameras.

For the first time, Kartavya Path will witness the 21 Gun Salute given to President Droupadi Murmu during the parade with 105 mm Indian Field Guns replacing the British-made 25-pounder guns.

There will be tableaux from 17 states and Union Territories, and six from various ministries and departments depicting the nation's rich cultural heritage, economic progress, women's empowerment, and strong internal and external security will also roll down the Kartavya Path.

Cultural performances will be presented by 479 artists chosen through the nationwide Vande Bharatam dance competition will add colour and groove to the Republic Day parade. The theme of the cultural extravaganza will be 'Nari Shakti' presented by 326 female dancers, ably supported by 153 male dancers, of the age group 17-30 years.

Another highlight of the show will be a thrilling motorcycle display by the Corps of Signals' Dare Devils team. They will enthral the audience with an array of formations, which will also include a Yoga display.

The grand finale and the most eagerly-awaited segment of the parade, the Fly Past, will witness a breathtaking air show by 45 aircraft of the Indian Air Force, one from the Indian Navy, and four helicopters of the Indian Army.

This year, invites have been sent to common people from all walks of society such as Shramyogis involved in the construction of Central Vista, Kartavya Path, New Parliament Building, milk, vegetable vendors, street vendors etc. These people will be prominently seated at Kartavya Path as special invitees.

To mark the occasion, a one-of-a-kind Military Tattoo, and Tribal Dance Festival 'Aadi Shaurya - Parv Parakram ka' was organised in New Delhi on 23 and 24 January.

The events will culminate on January 30, which is observed as Martyrs' Day.

The celebrations are marked by attractive performances from Vande Bharatam group of dancers from across the country, tales of bravery by Veer Gatha 2.0 participants, melodious performances by School Bands at the National War Memorial, the first-ever e-invitations, the largest-ever drone show, and 3-D anamorphic projection.