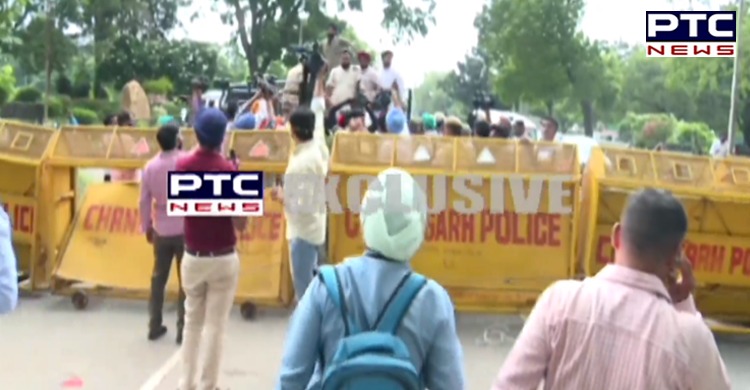 The Para athletes from Punjab started marching towards the residence of the Chief Minister Captain Amarinder Singh while the police had placed barricades to stop them.

A scuffle broke out when the para-athletes tried to go ahead breaking the barricades. Later, Punjab Police detained several Para Athletes. Thus, the players stopped by and started protesting against the Punjab government.

As per the visuals, several medals were seen lying on the road while some of them were even broken.

The protest by Para Athletes in Punjab comes at a time when the unemployed teachers, government employees, and doctors have been protesting against the state government.

While Para Athletes and unemployed teachers are seeking jobs, the government employees and doctors are unhappy with the recommendations made in the 6th Pay Commission.

However, there has been no response from the Punjab government on all of these protests. Though the government held a meeting on the issues of unemployed teachers it was of no outcome.