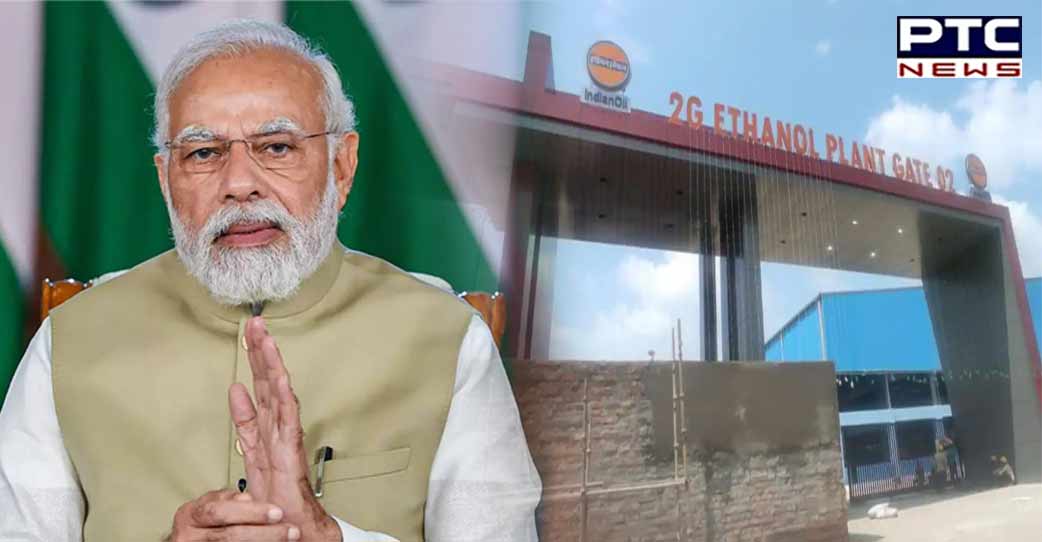 The Prime Minister further said that the plant in Panipat will help reduce pollution in Delhi, National Capital Region (NCR) and Haryana.

On World Biofuel Day, the Prime Minister spoke via video conference and said stubble (agricultural waste) was a burden for the farmers but would soon become a source of additional income for them with the help of the 2G ethanol plant.

"The bio-fuel plant of Panipat will be able to dispose of the stubble without burning. Mother Earth will be relieved of the pain she endured due to stubble burning. The stubble was a burden for the farmers, a cause of trouble, it would become a means of additional income for them," he added.

PM Modi further said the country had reached 1.4 per cent ethanol blending till 2014 and it increased to 10. 16 per cent in the last eight years.

He added that the event is important for farmers of Panipat, Haryana and the entire country. "The plant that has been set up in Panipat is a beginning. It will help reduce pollution in Delhi, NCR and Haryana."

"The energy that has been displayed by the players of Haryana in the sports arena, now the farms of Haryana will also create energy," he said.

Indian Oil Corporation Ltd. (IOCL) built the 2G Ethanol Plant near the Panipat Refinery at an estimated cost of over Rs 900 crore.

PM Modi Ji dedicates 2G #Ethanol Plant built at a cost of over ₹900 cr by Indian Oil in #Panipat, #Haryana to the nation. India’s energy sector takes a positive step towards #cleaner & #greener alternative #fuels on the occasion of #WorldBiofuelsDay. This dedication is part of a long series of steps taken by the govt over the years to boost production & usage of #biofuels in India. @PIB_India | @MoPNG

The project, which is based on cutting-edge indigenous technology, will open a new chapter in India's waste-to-wealth efforts by using about 2 lakh tonnes of rice straw (parali) each year to produce about 3 crore litres of ethanol.