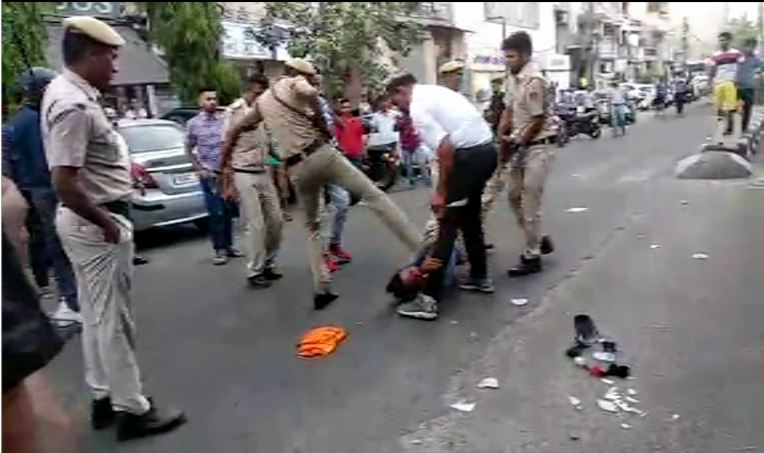 The video, which showed the policemen beating a Sikh man and the boy with sticks and dragged them on the road, went viral and sparked tension among the Sikh community and its leaders. Hundreds of them gathered outside the police station and staged a protest, demanding action against the policemen for allegedly attacking, kicking and dragging Sikh men on the road and desecrating their turbans.

Legislator from Delhi’s Rajouri Garden, Manjinder Singh Sirsa, tweeted the footage and urged people to join him in the protest outside the police station. “Sitting outside Mukherjee Nagar Police Station for justice. Those @DelhiPolice officials should be rusticated right away! Join us in our Dharna (sic),” he tweeted.

The police statement said the matter is being enquired into by the additional deputy commissioner of police (northwest).