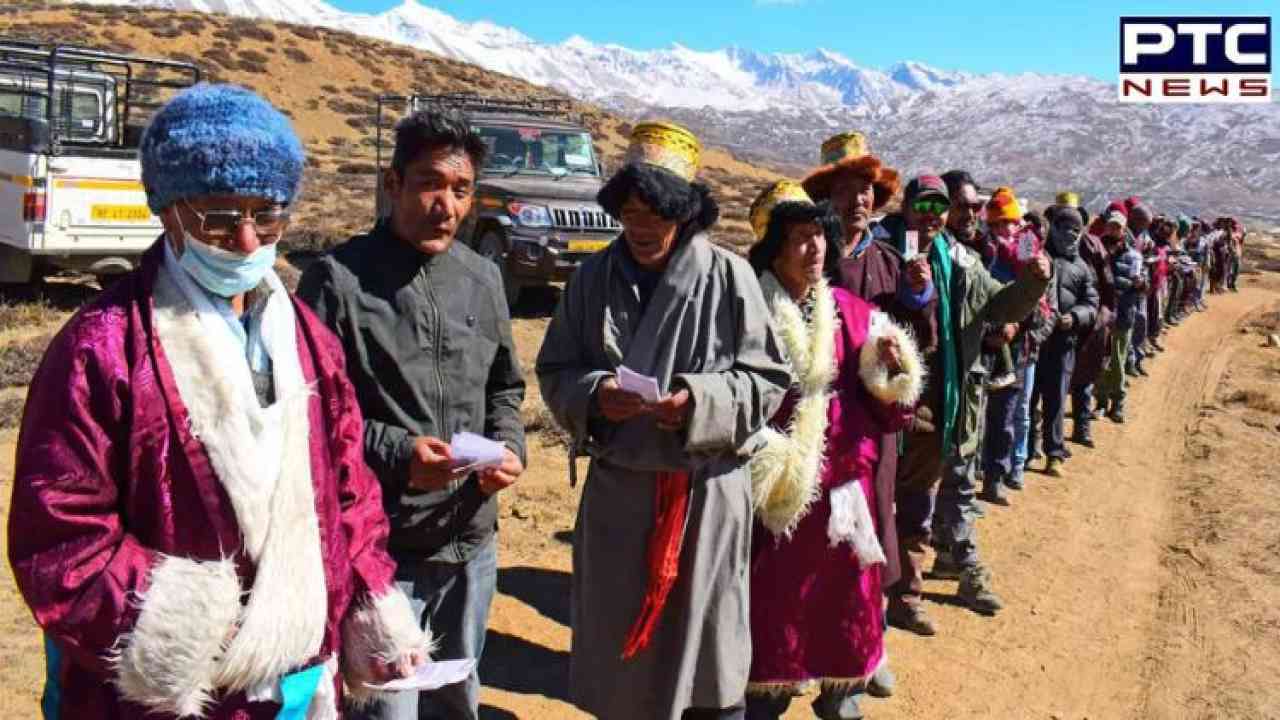 Lahaul and Spiti (Himachal Pradesh), November 12: In the world's highest voting station, Tashigang in Lahaul and Spiti, approximately 98.08 percent of eligible voters turned out to vote on Saturday.

In Himachal Pradesh, 51 of the 52 registered voters cast ballots to elect a new state government. The polling station in Tashigang, located at a height of 15,256 feet, was designated as a Model Polling Station to make voting easier for senior citizens and disabled voters.

Voting for the new Himachal Pradesh government began at 8 a.m. on Saturday, amid tight security.

A total of 55,92,828 electors who can cast their votes today will decide the fate of 412 candidates who are in the fray.

The fight is in between the ruling BJP in the state which is looking to retain power ditching the trend of the alternate party coming to power every five years since 1982, and Congress which is banking on its '10 guarantees' that the party listed out in its manifesto to take them home. Aam Aadmi Party is in line looking to leave a mark in the state and thus contesting on all the 68 seats alone. The challenge for the ruling BJP will be to buck anti-incumbency and change the trend of the alternate government.