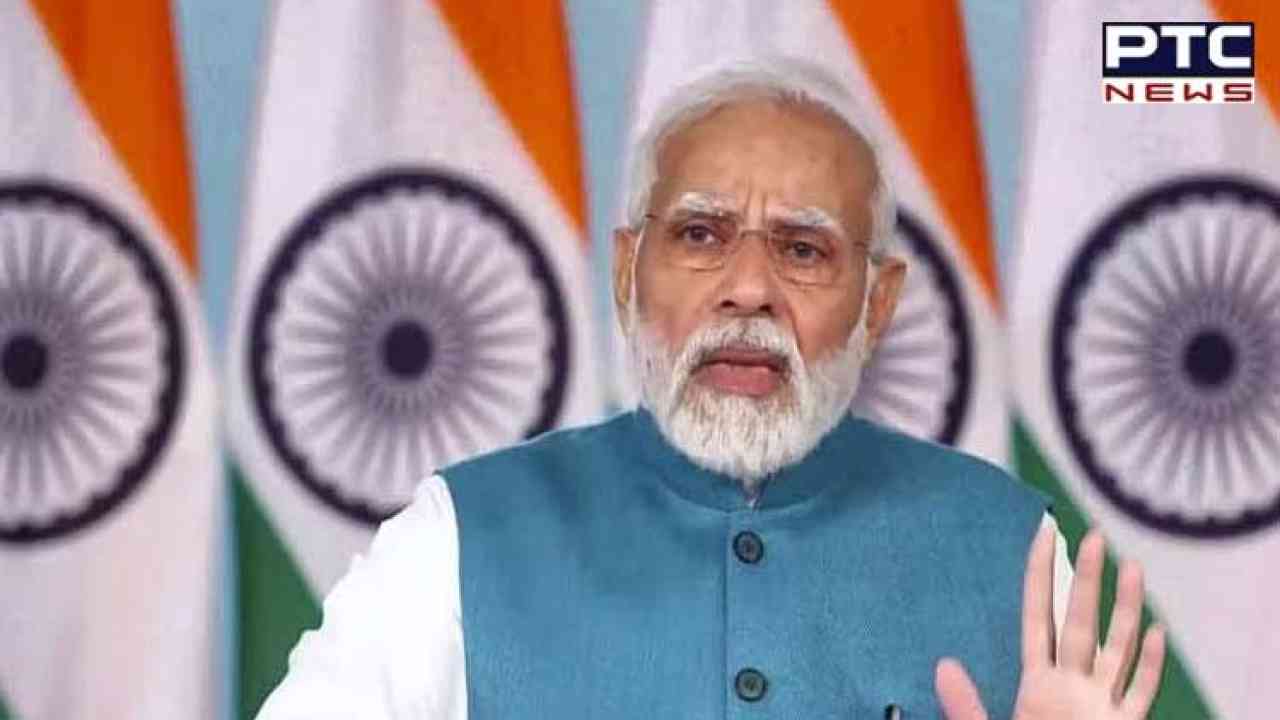 New Delhi, November 25: Taking examples from the life of Lachit Borphukan, Prime Minister Narendra Modi on Friday said "no person or relation is above nation" and his life inspired them to live the mantra of "Nation First" instead of nepotism and dynasty.

He made the remark while addressing the closing ceremony of the year-long celebrations of the 400th birth anniversary of Lachit Borphukan in New Delhi on Friday. Prime Minister Narendra also released the book - 'Lachit Borphukan - Assam's Hero who Halted the Mughals' on the occasion.

In line with the Prime Minister's vision to honour the unsung heroes in a befitting manner, the occasion is celebrated to honour the 400th birth anniversary of Lachit Borphukan, the famous General of the Royal Army of the Ahom Kingdom of Assam who defeated the Mughals and successfully halted the ever-expanding ambitions of the Mughals under Aurangzeb.

Addressing the gathering, Prime Minister Narendra Modi started with expressing his regard for the land of Assam which gave brave sons such as Veer Lachit. "We bow to the valorous Lachit Borphukan on his 400th birth anniversary. He played a pivotal role in preserving the culture of Assam", he said.

The Prime Minister said, "India is celebrating the 400th birth anniversary of Lachit Borphukan at a time when the country is marking 'Azadi Ka Amrit Mahotsav'."

Terming Veer Lachit's exploits a glorious chapter of the history of Assam, the Prime Minister said, "I salute this great tradition on the occasion of the festival of India's eternal culture, eternal valour and eternal existence."

The Prime Minister reiterated India's mood to get rid of the mentality of slavery and take pride in its heritage. India is not only celebrating its cultural diversity but also acknowledging the unsung heroes and heroines of its history.

"Immortal sons of Maa Bharati like Lachit Borphukan are the inspiration for fulfilling the resolutions of the Amrit Kaal. They make us familiar with the identity and glory of our history and also spur us to dedicate ourselves to the nation," the Prime Minister added.

"In the thousand-year-old history of human existence", the Prime Minister remarked that there were numerous civilisations that walked the earth, many that seemed imperishable, but it was the wheel of time that brought them down to their knees.

Pointing out the differences between other civilizations and India, Prime Minister said that the world today assesses history based on the remains of such civilisations, but India which faced unexpected adversities in history and withstanding the unimaginable terror of foreign invaders still stands immortal with the same energy and consciousness.

"This happened because of the fact that whenever there was a crisis, some personality emerged to tackle that. In the epoch, saints and scholars came to protect the spiritual and cultural identity of India. Bravehearts like Lachit Borphukan showed that forces of fanaticism and terror perish but the immortal light of Indian life remains eternal," the Prime Minister emphasised.

Shedding light on the history of Assam, the Prime Minister said that it belongs to the precious heritage of India's cultural journey. "It is an amalgamation of thought and ideology, society and culture, and beliefs and traditions," he said.

Remarking on the unmatched bravery of the land of Assam and the Northeast, the Prime Minister said, "the people of the land have witnessed Turks, Afghans and Mughals being driven away on numerous occasions. Even though the Mughals had captured Guwahati, it was bravehearts like Lachit Borphukan who won independence from the clutches of tyrannical rulers of the Mughal empire. The act of valour shown by Veer Lachit Borphukan at Saraighat was not just an example of unparalleled love for the motherland but he also had the power of uniting the entire Assam region where every citizen was ready to defend the motherland if required."

He said that Lachit Borphukan's bravery and fearlessness was the identity of Assam.

He further added that India's history was about standing against tyranny with unprecedented valour and courage. "Unfortunately, we were taught, even after independence, the same history which was written as a conspiracy during the period of slavery. After Independence, it was needed to change the agenda of foreigners who made us slaves, however, that was not done," he said.

PM Modi said the stories of fierce resistance to tyranny in every part of the country were wilfully suppressed.

"There are countless stories of victory over tyranny during the long period of repression. The mistake of not giving those events in the mainstream is being rectified now," the Prime Minister said.

He said that the fact that this event was taking place in Delhi was a reflection of this change. The Prime Minister complimented the Assam Government for taking steps to celebrate the legacy of its heroes.

He mentioned projects like a museum and a memorial in Assam to honour its heroes. He said that such steps would help the younger generation to know the history of sacrifice and bravery.

Lachit Borphukan (24th November 1622 -- 25th April 1672) was the famous General of the Royal Army of the Ahom Kingdom of Assam who defeated the Mughals and successfully halted the ever-expanding ambitions of the Mughals under Aurangzeb. 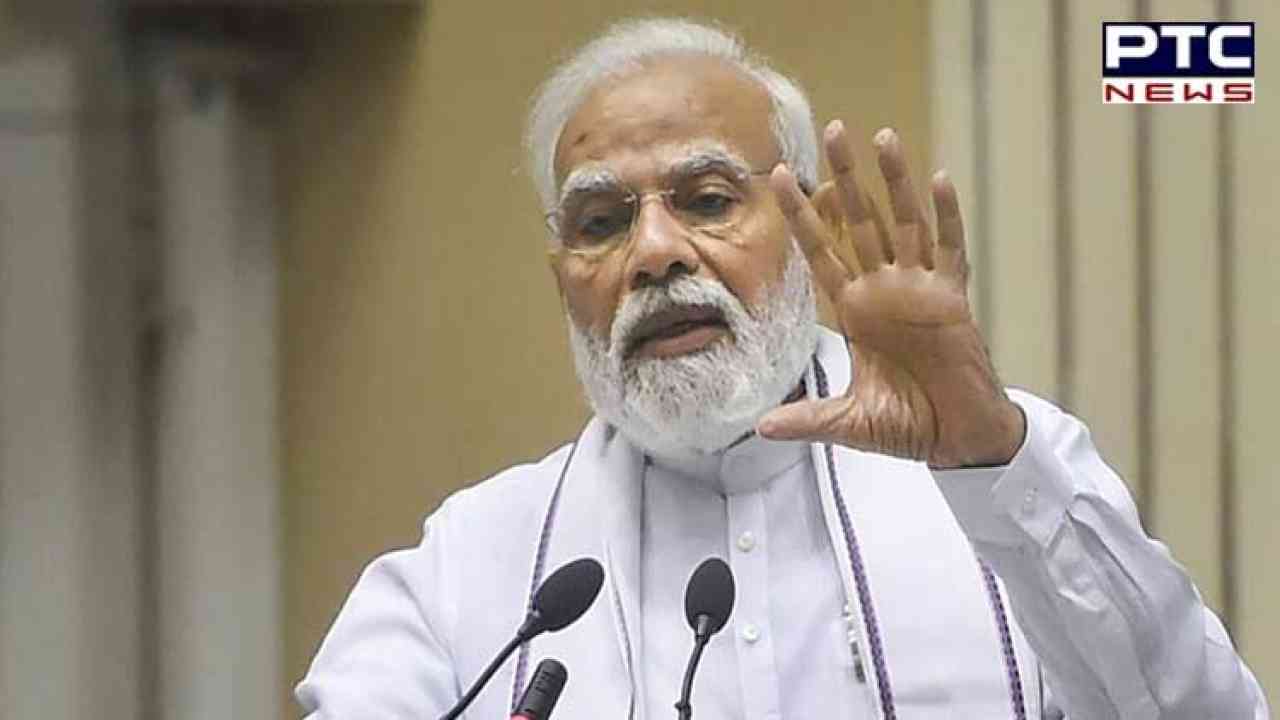 Lachit Borphukan inspired the Assamese soldiers in the Battle of Saraighat fought in 1671, and delivered a crushing and humiliating defeat on the Mughals. The heroic fight of Lachit Borphukan and his army remains one of the most inspiring military feats of resistance in the history of our country.