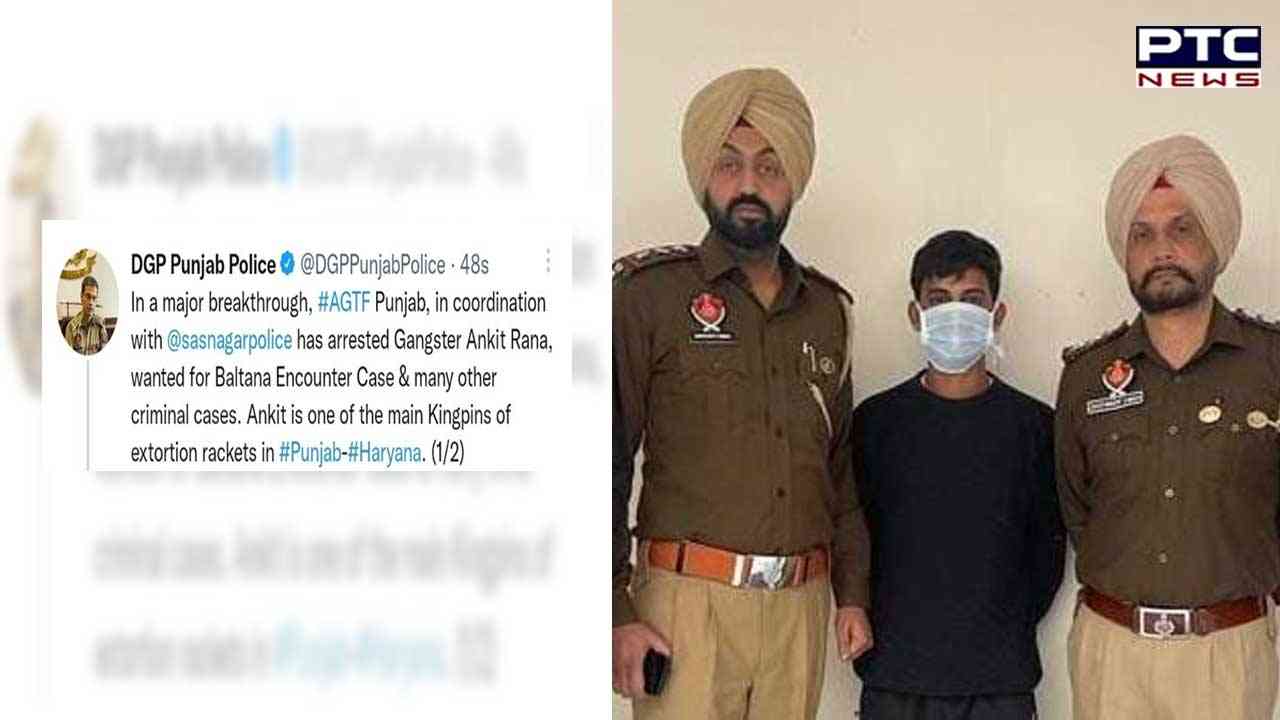 The arrested accused has been identified as Ankit Rana, who was running an extortion racket in the area of Zirakpur and Panchkula. The police have also recovered one .32 bore pistol along with five live cartridges from him.

The development came a day after the arrest of a member of Lawrance Bishnoi Gang, identified as Bunty, from Dhakoli.

The DGP said the AGTF in a joint operation with District Police SAS Nagar have succeeded in arresting gangster Ankit Rana with a .32 bore pistol along with 5 cartridges.


He said that Ankit had been wanted in the Baltana encounter case took place in the month of July, 2022. Notably, in Baltana operation, three gangsters of Bhupi Rana gang were arrested, while, one of the gangsters got injured in retaliation fire and two Punjab police officials had also sustained injuries in this police action.


The DGP said that Ankit Rana was also wanted in many criminal cases pertaining to attempt to murder, arms act and extortion etc, registered in the states of Haryana and Punjab. He was involved in extorting money from 15 hotels in Zirkapur and 10 hotels in Panchkula, besides, other renowned businessmen of this area, he added.


Meanwhile, further investigations are on to dig deeper in his involvement in criminal activities.