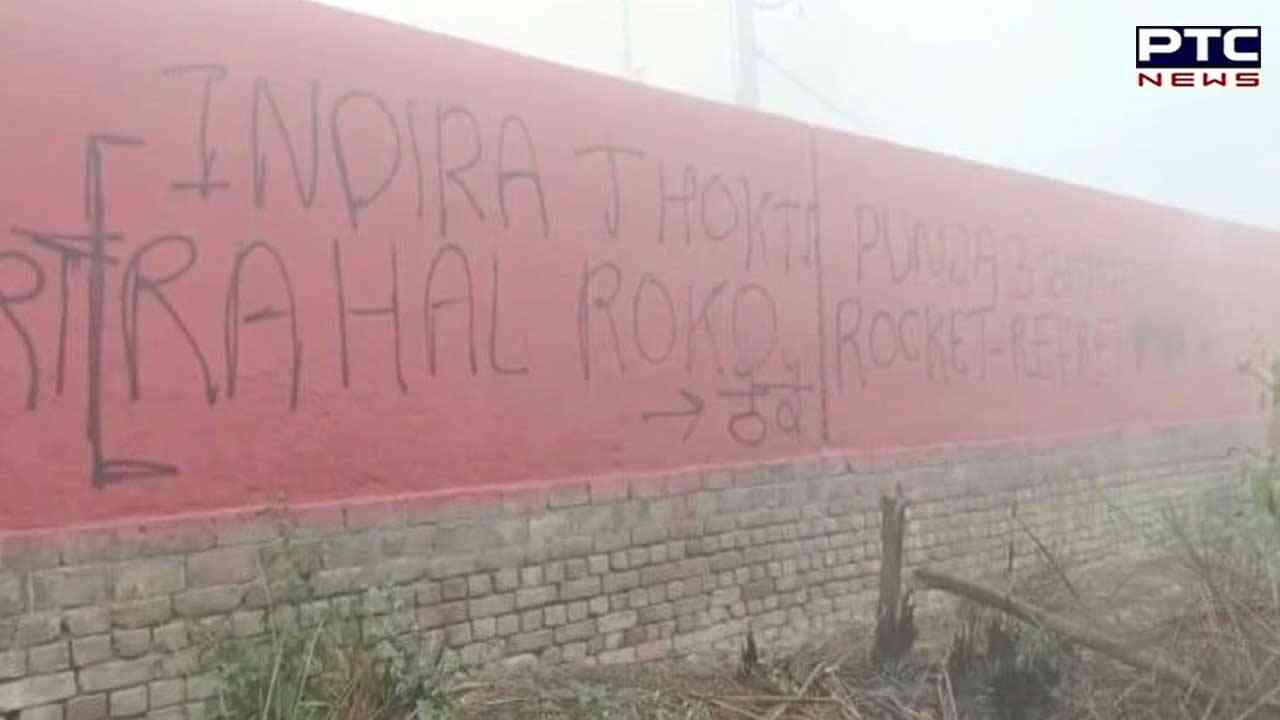 Chandigarh, January 3: Pro-Khalistani slogans have been found written on the walls of the SSP Complex Police Line of Sri Muktsar Sahib. President of Sikhs for Justice, Gurpatwant Singh Pannu released a video taking responsibility for the act.

The pro-Khalistan group also issued a warning for Congress leader Rahul Gandhi over his Bharat Jodo Yatra in Punjab. The Khalistani group threatened the Congress leader yet again and challenged him to walk on the streets of Punjab.

In the threat, the pro-Khalistan group has said that a "bomb found in the park near CM Bhagwant Mann's Chandigarh residence could also have been found on the helipad."

Threats against Rahul Gandhi have also prompted security agencies to issue an alert. Police have been scanning CCTV footage to nab preparators.