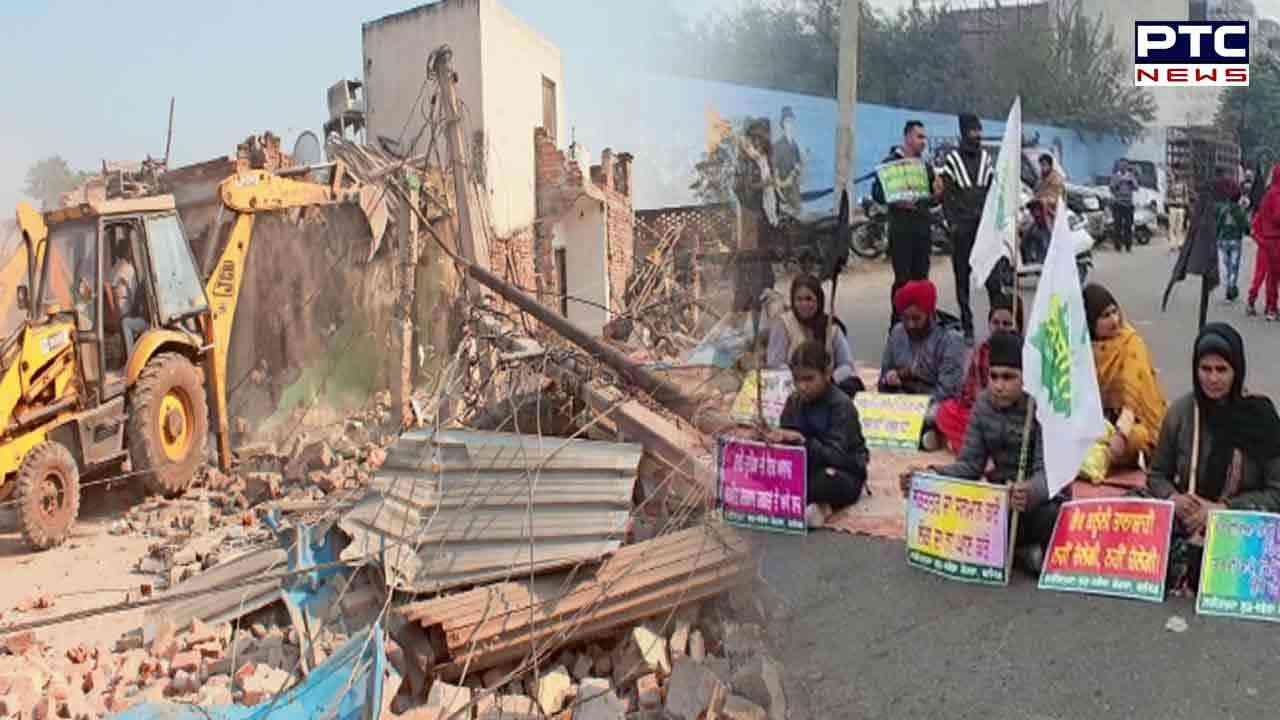 Jalandhar, January 1: Protesting against the demolition of houses by the Jalandhar Improvement Trust (JIT), residents of Latifpura staged a dharna at PAP Chowk and blocked the national highway on Sunday.

As the protesters blocked the national highway at PAP Chowk on the first day of the year i.e. January 1, commuters had to face massive difficulties. Vehicular movement in the city was affected due to the blockade.

The authorities, according to reports, were already informed of the dharna.

Members of the Latifpura Rehabilitation Committee previously stated that if the government fails to resettle those homeless residents in Latifpura, they will block the national highway at PAP Chowk on January 1.