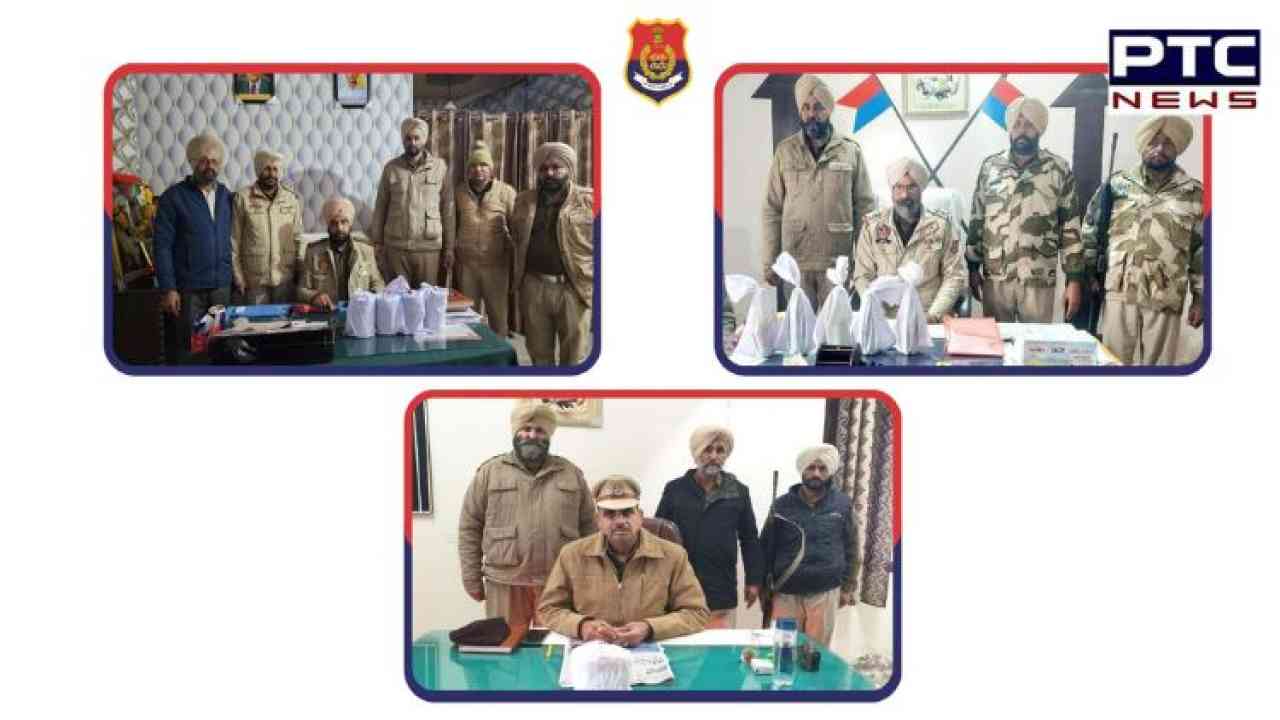 Chandigarh, January 10: In a major breakthrough against trans-border narcotic smuggling networks, Punjab Police in collaboration with BSF recovered over 5 kg Pakistan-backed heroin from three different locations near the India-Pakistan border in Punjab.

"In a major breakthrough against trans-border narcotic smuggling networks, @TarnTaranPolice along with BSF recovered 5.92 Kgs of #Heroin," the official Twitter handle of DGP Punjab Police posted on Tuesday.

According to the information, three FIRs have been filed and further investigation is underway.

"3 separate FIRs have been registered, & further investigation is ongoing to break forward and backward linkages.@PunjabPoliceInd is committed to make Punjab drug-free as per the vision of CM @BhagwantMann," another tweet read.