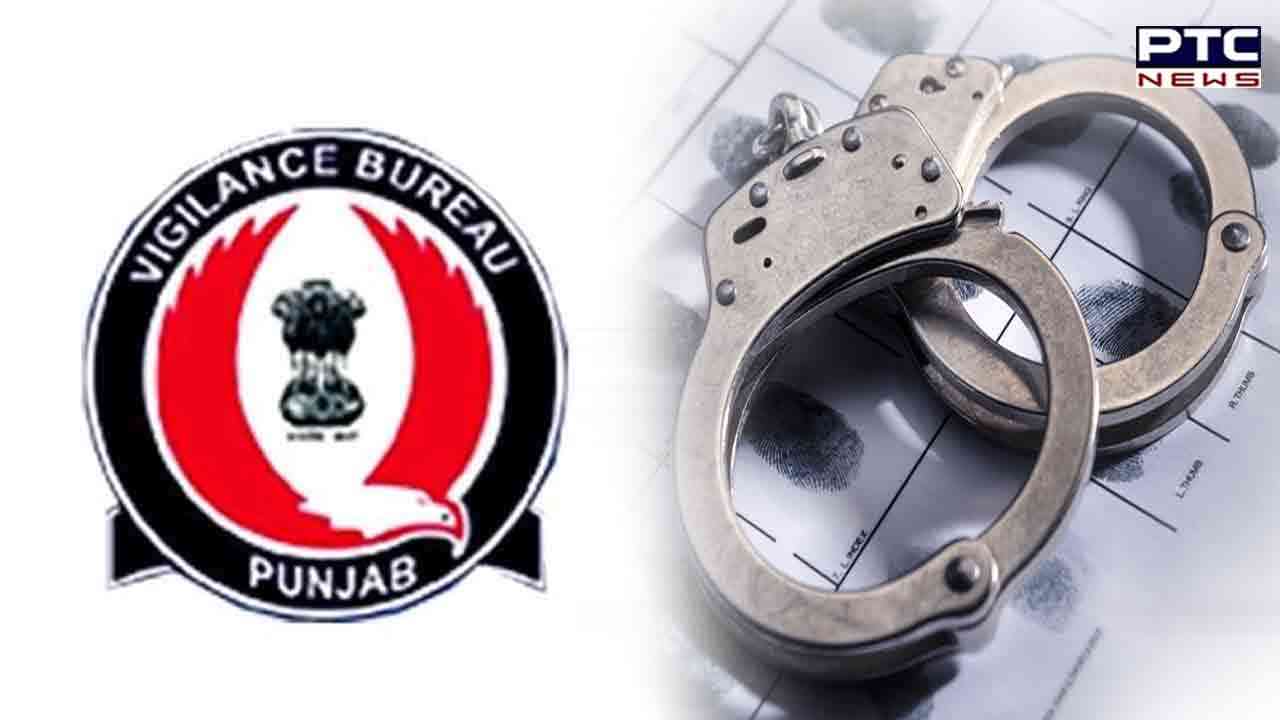 Chandigarh November 22 : The Punjab Vigilance Bureau (VB) during its campaign against corruption in the state, on Tuesday arrested two district food and civil supplies controllers (DFSCs) involved in the infamous tender scam in different grain markets in Ludhiana district. In addition to this, the VB has also initiated proceedings in the court against three accused namely R.K. Singla, deputy director food and civil supplies and Pankaj Kumar @ Menu Malhotra and Inderjit Singh @ Indi, both PAs of former food and civil supplies minister Bharat Bhushan Ashu to declare them as proclaimed offenders (PO).

Disclosing the details a spokesperson of the VB said the bureau had already registered a case under FIR No. 11 dated 16-08-2022, under section 420, 409, 467, 468, 471, 120-B of IPC and 7, 8, 12, 13(2) of prevention of corruption act against contractor Telu Ram, Jagroop Singh, Sandeep Bhatia and owners/partners of Gurdas Ram & company as well as officers/officials of Punjab food and civil supply department besides respective officials/employees of the concerned procurement agencies for allocation of labour and transportation tenders in various grain markets.
He informed that in this case accused Telu Ram, former minister Bharat Bhushan Ashu, Krishan Lal Dhotiwala and Anil Jain (Both commission agents) have already been arrested and all are in judicial custody. In addition to this, the VB has already presented challan against Bharat Bhushan Ashu, Telu Ram and Krishan Lal in the competent court at Ludhiana.

He added that these accused were members/conveners of district tender committee at the time of allotment of above said tenders. They along with other members of committee were responsible to check the relevant documents attached with the tenders including list of transport vehicles but they had not verified the registration numbers of vehicles intentionally as the number of scooters, motorcycles etc were mentioned in the attached list of vehicles. Despite submission of wrong documents, the above said officers have allotted tenders to their favourite persons/contractors by accepting bribe money from them, he added.

The spokesperson further added that as per the investigation Sukhwinder Singh DFSC had taken Rs 2 lakh and one IPhone as bribe and Harveen Kaur DFSC had taken Rs 3 lakh as bribe from accused Telu Ram contractor for doing favour to the contractors/tenderers. He informed that both these accused would be produced in court tomorrow. In order to arrest the remaining accused, efforts were being made. Further Investigation in this case was under progress, he added.