Chandigarh, March 21: The AAP-led Punjab Government on Monday allocated portfolios to its ministers. Punjab Chief Minister Bhagwant Mann has kept the Home Ministry with him.

Harpal Cheema has been made Finance Minister; Gurmeet Singh Meet Hayer has been made Education Minister, Dr Vijay Singla has got Health Ministry; Harjot Bains will be the Law and Tourism Minister; Dr Baljit Kaur will be the Minister for Social Security, Women and Child Development.

Harbhajan Singh will be Power Minister; Lal Chand look after Food and Civil Supplies Department. Kuldeep Singh Dhaliwal will be the Minister of Rural Development and Panchayati Raj.

Laljit Singh Bhullar will be the Transport Minister; Bram Shankar Jimpa will have Water as well as Disaster Ministry. 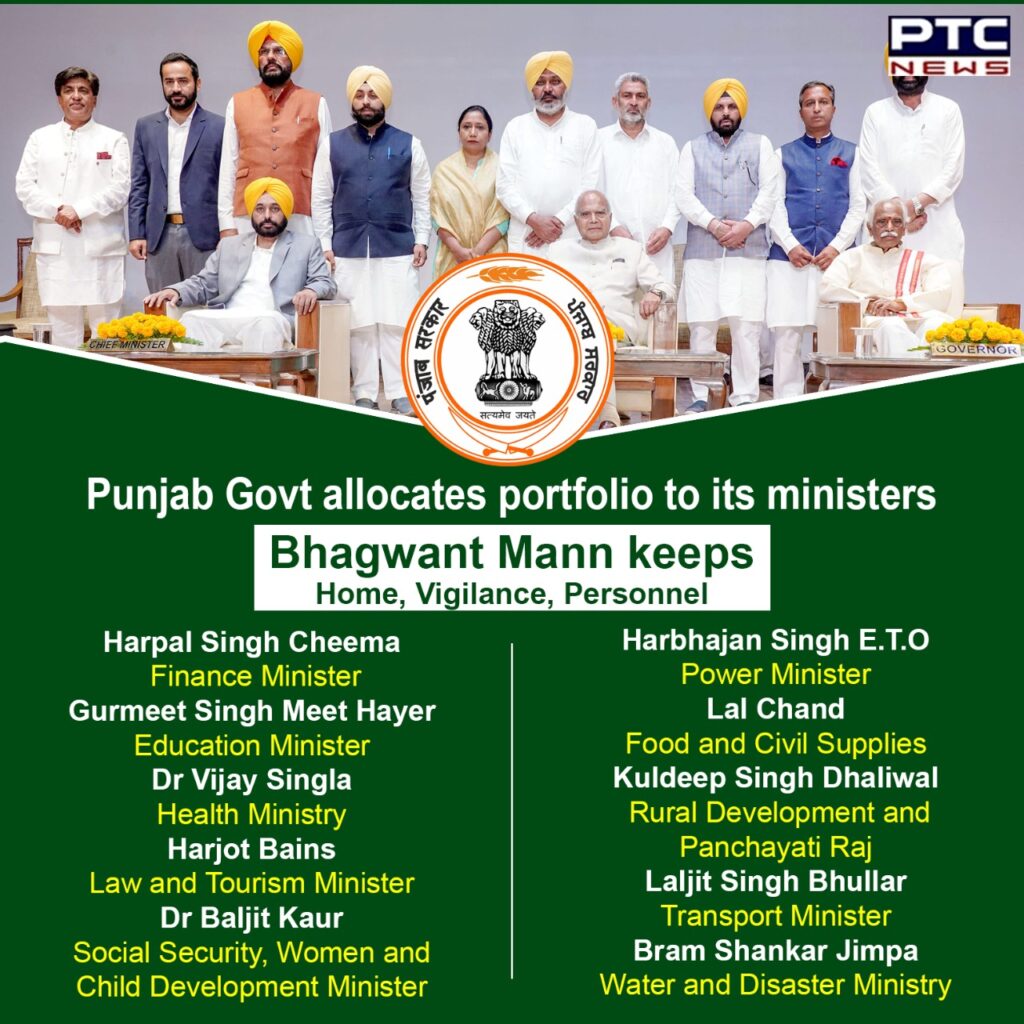 Earlier, after inducting the 10 ministers into his Cabinet, Punjab Chief Minister Bhagwant Mann had approved a proposal to fill 25,000 vacant posts in government departments, including 10,000 police posts.

Bhagwant Mann, in a video message after the first meeting of the Cabinet, said the process of advertisement and notification for these jobs would be initiated within a month.

The new ministers are

Gurmeet Singh Meet Hayer, a 32-year-old with a BTech degree 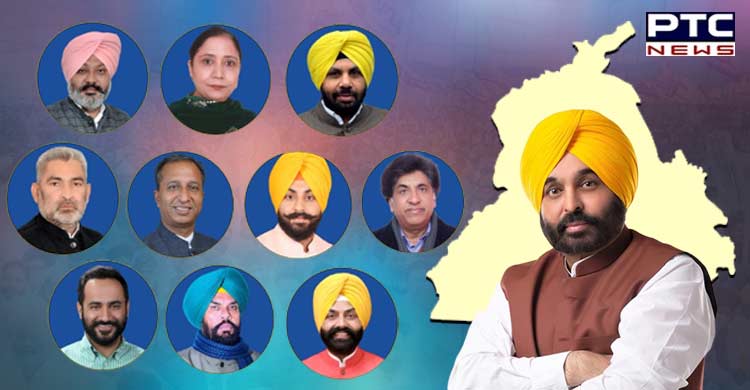