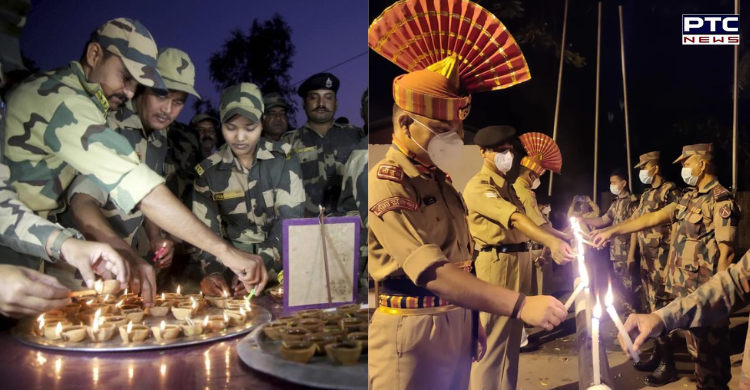 Pathankot, October 25: Families of soldiers who lost their lives in the line of duty celebrated Diwali with Border Security Force (BSF) personnel in Pathankot on Monday.

Members of the Shahid Sainik Suraksha Parishad also celebrated Diwali with soldiers on duty in Pathankot and families of soldiers who were killed in the line of duty.

Sweets were distributed and crackers were burst on the occasion.

When asked, Ravindra Vikki of 'Shahid Sainik Sukraksha Parishad' said they know how soldiers feel at the time of Diwali. When everyone is celebrating with their family, they are on the frontier. "We come here so that they don't miss their family on occasion," he said.

Soldiers said they were happy that members of the Parishad celebrated Diwali with them.

Meanwhile, Army personnel across the country celebrated the festival far away from their homes.

Indian Army soldiers posted along the Line of Control (LoC) in the Akhnoor sector celebrated the auspicious festival by lighting oil lamps. 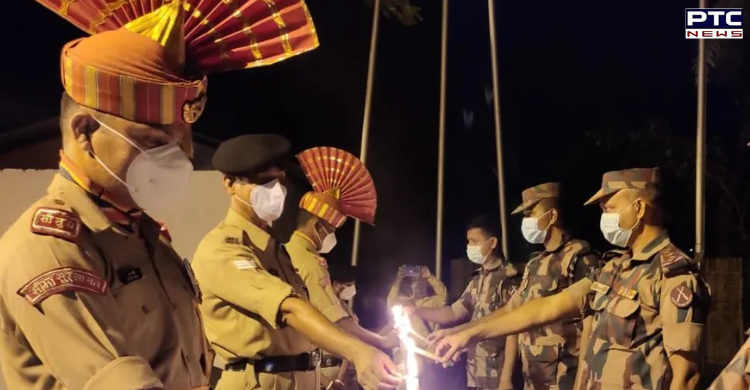 Prime Minister Narendra Modi spent this Diwali with the forces in Kargil.

Addressing the brave jawans, the Prime Minister said that the reverence for the soil of Kargil always draws him towards the brave sons and daughters of the armed forces.

"For years, you have been a part of my family", the Prime Minister said.

The Prime Minister underlined that the sweetness of Diwali increases in the presence of the jawans and the light of Diwali that is present among them emboldens his spirit.