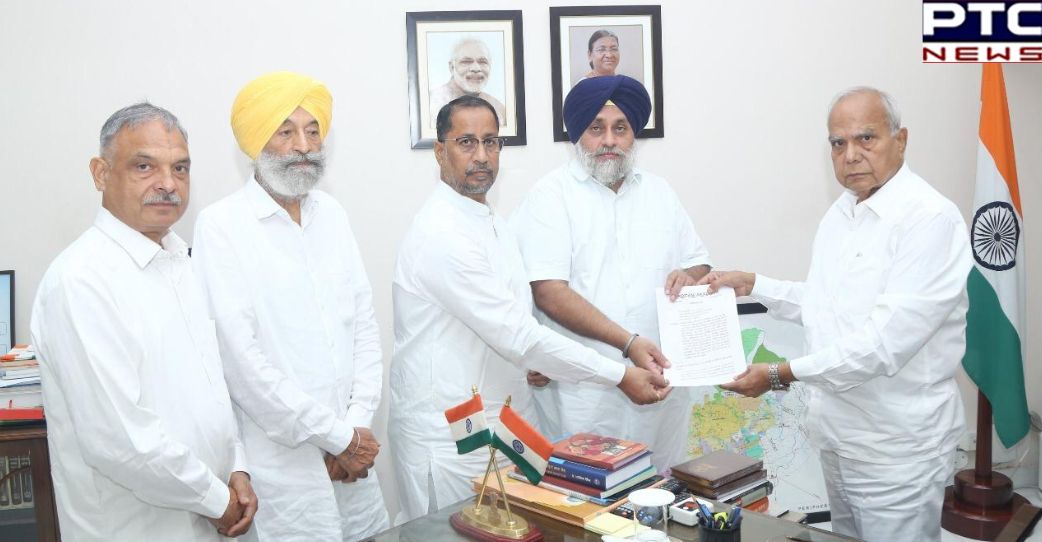 The delegation alleged a scam in the policy. "There has been a scam in Punjab Excise Policy just like it happened in Delhi. Just like the Delhi LG has ordered an inquiry into the Excise Policy case, we demand a CBI inquiry along the same lines in Punjab," said Badal.

"For the first time, profit in album license has been increased from 5 to 10. So, we have demanded a CBI inquiry," he added.

Taking to Twitter, the SAD chief said that they have demanded CBI and ED probes in the Punjab Excise Policy."Submitted a memorandum to Pb Governor and urged him to order CBI and ED probes in the Rs 500 crore scam committed by the AAP govt in Punjab through its "tailor-made" excise policy framed in line with Delhi Policy, which has already been found illegal and case has been registered by CBI," he tweeted.

The Aam Aadmi Party government in Delhi is facing the heat over its now withdrawn Excise Policy, with the BJP taking on the Arvind Kejriwal-led government and Deputy Chief Minister Manish Sisodia, who heads the excise department.