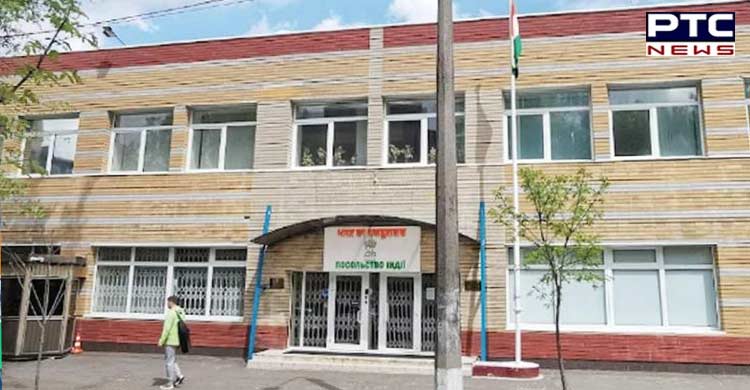 Kyiv (Ukraine), October 10: As the situation in Ukraine escalates, the Embassy of India in Kyiv has advised Indian nationals in Ukraine to avoid all non-essential travel to and within the war-torn nation.

The Indian Embassy in Kyiv asked Indian citizens to strictly follow the Ukrainian Government's and local authorities' safety and security guidelines and to avoid non-essential travel within the country.

"In view of the current escalation of hostilities in Ukraine, Indian nationals are advised to avoid all non-essential travel to and within Ukraine. They must strictly follow the safety and security guidelines issued by the Ukrainian Government and local authorities," the statement said.

"Indian nationals are requested to keep the Embassy informed about the status of their presence in Ukraine to enable the Embassy to reach out to them, where required," it further read.

Furthermore, India urged both Russia and Ukraine for the immediate cessation of hostilities and an urgent return to the path of diplomacy and dialogue.

The release further stated that India stands ready to support all such efforts aimed at de-escalation.

After the Saturday bridge attack in Crimea, Russian President Vladimir Putin threatened "harsh" reprisal on Monday. In a television interview broadcast on Monday, Putin stated that Russia has hit military and infrastructure targets across Ukraine in response to the Crimea bridge incident.

In the meanwhile, Ukraine has not claimed responsibility for the attack on the Kerch bridge, which links the Russian mainland to Crimea.

On Monday morning, powerful explosions were heard across Kyiv, killing many people, while regional authorities reported missile and rocket attacks in Kharkiv, Lviv, Mykolaiv, and Dnipropetrovsk.