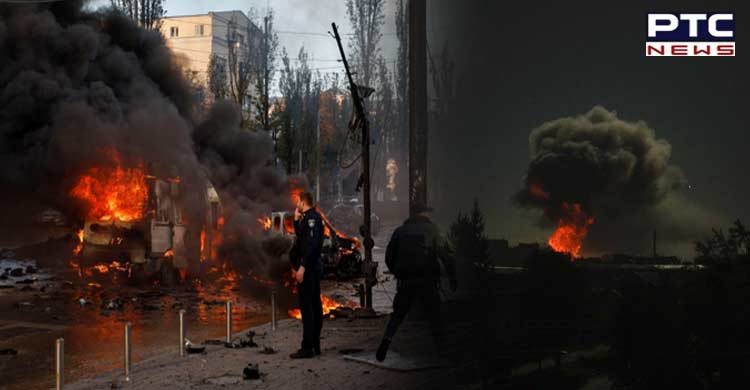 Plumes of smoke were seen billowing out from several areas in Kyiv. Explosions also reported in the cities of Lviv, Zhytomyr, Khmelnytsky, Dnipro and, Ternopil. Multiple explosions are being reported in cities all across the country. Eyewitnesses are reporting powerful explosions and power outages in Kyiv, according to the local media, The Kyiv Independent.

Ukraine's local media portal Kyiv Independent quoted city mayor Vitali Klitschko stating that there had been multiple explosions and that the emergency services were on site. Klitschko said further details would follow, the portal added.

The explosions came in the wake of the attack on the Kerch bridge on Saturday where a truck exploded, causing seven fuel tanks of a train heading to the Crimean Peninsula to catch fire. Three persons were killed in the blast, which also led to the partial collapse of two spans of the road bridge, according to media reports.

Shortly afterwards, the Kremlin said President Vladimir Putin signed a decree on enhancing security measures for the Crimea bridge. In the decree, Putin also called for securing the energy bridge and the gas pipeline connecting the peninsula with mainland Russia. 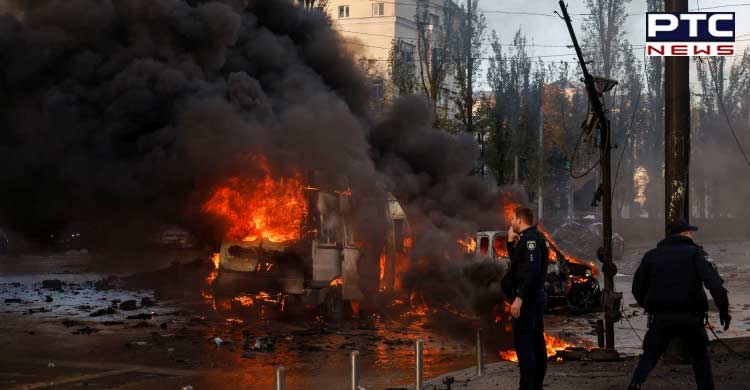 Media reports said Putin planned to hold an operational meeting of his Security Council today. The bridge was opened in 2018 by Putin, four years after Moscow annexed Crimea and was designed to link the peninsula to Russia's transport network. The 19-kilometre bridge, which runs across the Kerch Strait and connects Crimea with mainland Russia, consists of a railway and vehicle sections. It became fully operational in 2020.

On Saturday, at least 17 persons were killed and 40 others injured after a rocket struck Ukraine's Zaporizhzhia area. Acting Mayor of Zaporizhzhia Anatoly Kurtev said that in the attack, five houses were destroyed and apartment buildings were damaged, CNN reported.