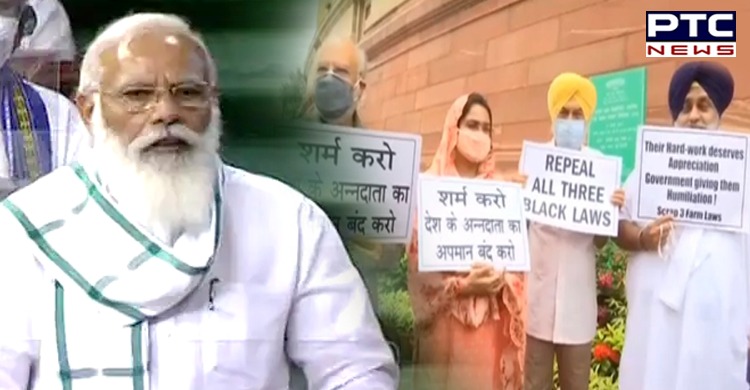 Shiromani Akali Dal President Sukhbir Singh Badal on Tuesday announced that the party will boycott Prime Minister Narendra Modi's briefing on COVID-19 during the Monsoon Session of the Parliament.

Sukhbir Singh Badal said that "Shiromani Akali Dal will boycott PM Narendra Modi's briefing on COVID-19 during the Monsoon Session of the Parliament. It will be attended only after he calls a meeting to discuss farm issues." 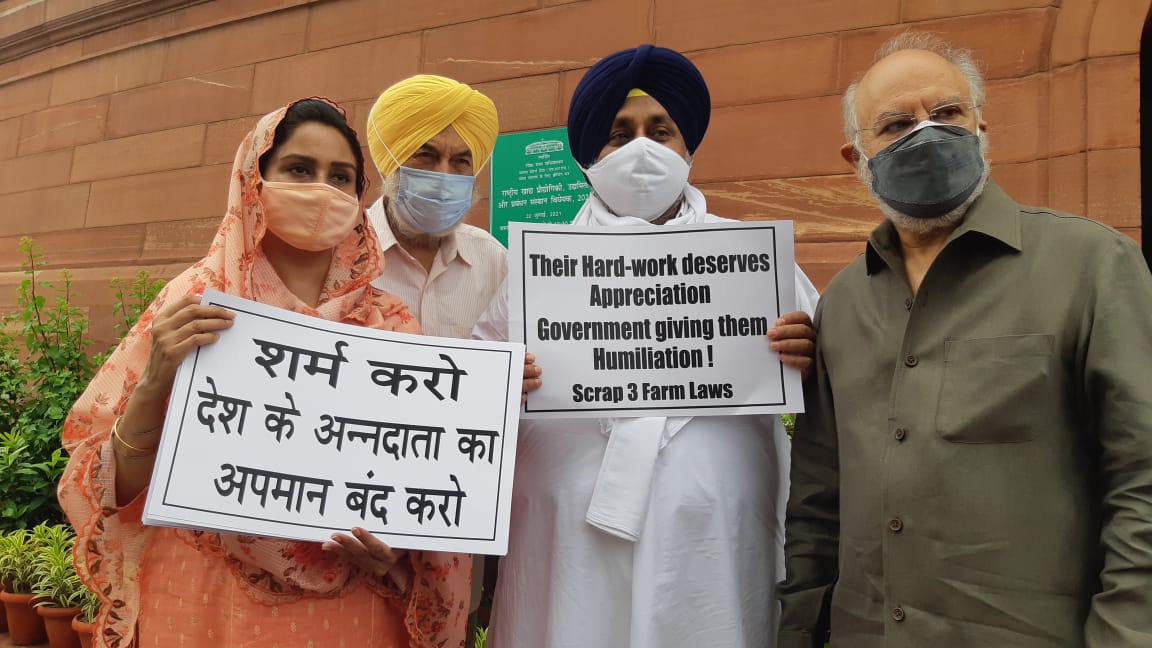 Likewise, former Union Minister Harsimrat Kaur Badal said that she will only attend the meeting on farmers' issues. 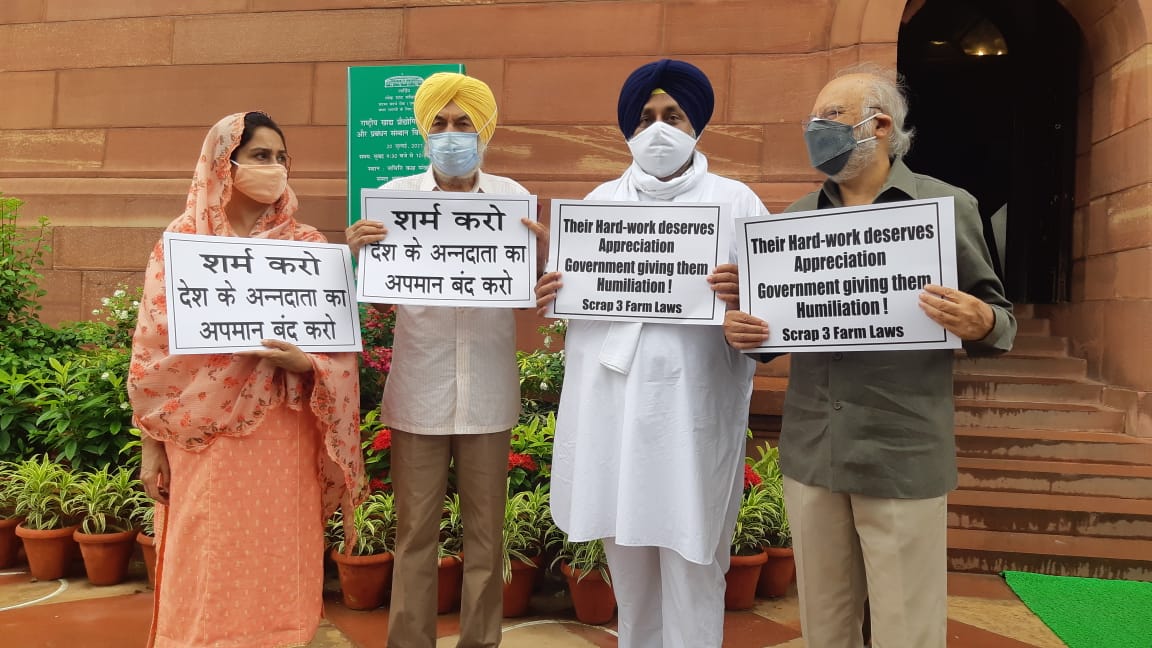 Similarly, Congress MP Mallikarjun Kharge said that "We'd said that all MPs be called in Central Hall instead of just the Floor Leaders. Everyone must be spoken to." "We had said that this should be done in 2 slots. We're not attending it as everyone should get to know (COVID situation)," he added.

Earlier in the day, Shiromani Akali Dal protested against farm laws outside the Parliament. Harsimrat Kaur Badal said that "Yesterday, Congress raised all issues in Lok Sabha, other than the agriculture issues. It doesn't care about farmers. Both AAP and Congress had walked out when Farm Laws were introduced. They're double-faced. Only Akali Dal is raising farmers' voices." 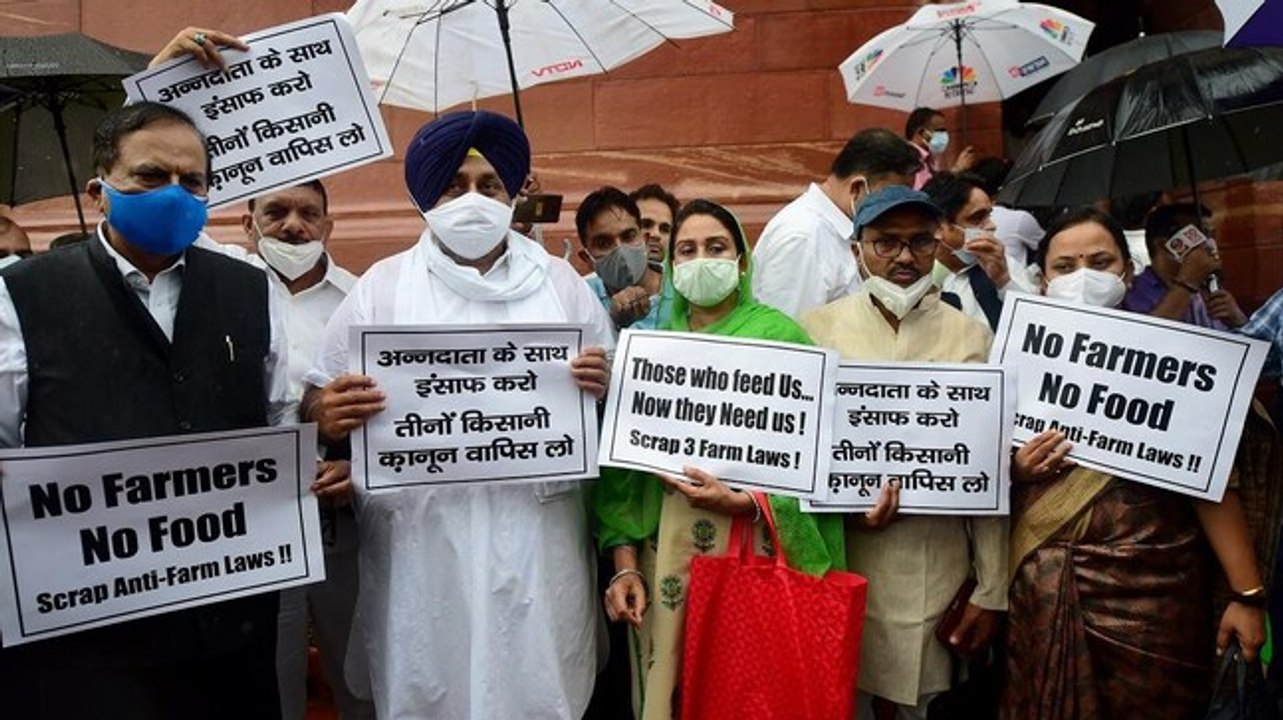 "Humiliation. Apathy. Injustice. Words aren't enough to express GoI's discriminatory approach towards the farming community. Farmers leading a peaceful agitation for 8 months but the NDA govt unmoved. Even PM is refusing to listen to Annadata. This doesn't bode well for democracy," he said further.