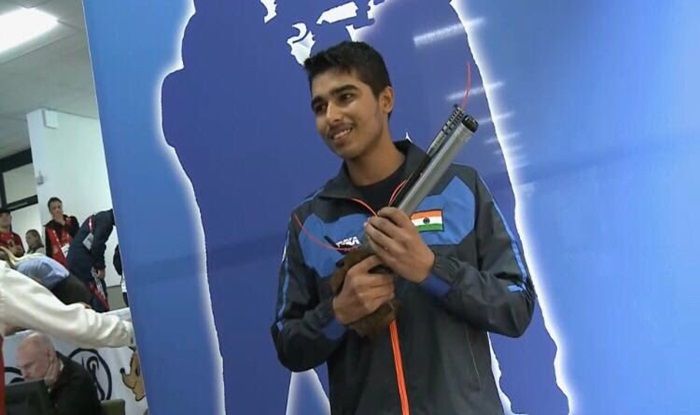 The 16-year-old, who had qualified for the finals in third position with a score of 581, produced an impressive show in the final to clinch the gold with a new junior world record.

Arjun Singh Cheema claimed bronze in the same event with a score of 218 while Korea’s Hojin Lim clinched silver.