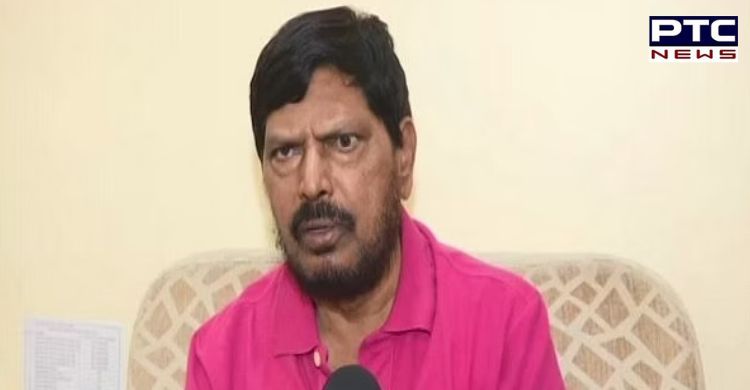 New Delhi, June 16: Union Minister of State for Social Justice and Empowerment Ramdas Athawale said on Thursday that Sharad Pawar is aware of his defeat and that's why he refused to contest the presidential polls.

He further said that the President of India should be elected with consensus.

"It is not good to discuss Sharad Pawar's name despite his decision not to contest presidential elections. Sharad Pawar is a big leader. He (Sharad Pawar) himself knows that he will be defeated in these polls. So, it is not right for opposition parties to discuss his name," Athawale added.

He further appealed to the opposition parties to think about the consensus in nominating the right candidate for the post of President of India.

West Bengal Chief Minister Mamata Banerjee convened a meeting of opposition leaders in the national capital on Wednesday to discuss a joint candidate for the upcoming presidential election.

A resolution was passed during the meeting to field a common candidate in the July 18 election.

Several opposition leaders asked Sharad Pawar to compete as a joint candidate during the meeting, but the top NCP leader declined.

Congress, along with 16 other political parties, attended the meeting. CPI, CPI(M), CPIML, RSP, Shiv Sena, RJD, SP, National Conference, PDP, JD(S), DMK, RLD, IUML, and JMM were among the parties that attended the meeting held at the Constitution Club of India in the national capital.

The presidential polls will be held on July 18, and the votes will be counted on July 21.

The Aam Aadmi Party, led by Arvind Kejriwal, did not attend the meeting at the Constitution Club. The Telangana Rashtra Samithi (TRS), led by K Chandrashekar Rao, also refused to send a delegate to the meeting.