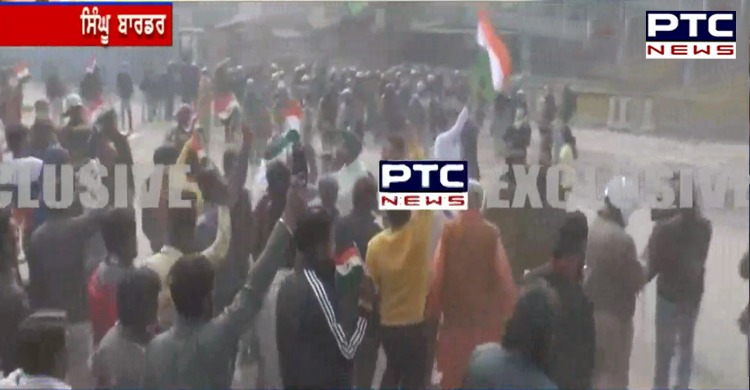 Days after violence during the farmers' tractor march in Delhi on Republic Day, the situation has tensed at the Singhu border a group of people claiming to be locals gathered at the border demanding that the area be vacated.

The group is protesting against the violence that erupted during the farmers' tractor march in Delhi on Republic Day. 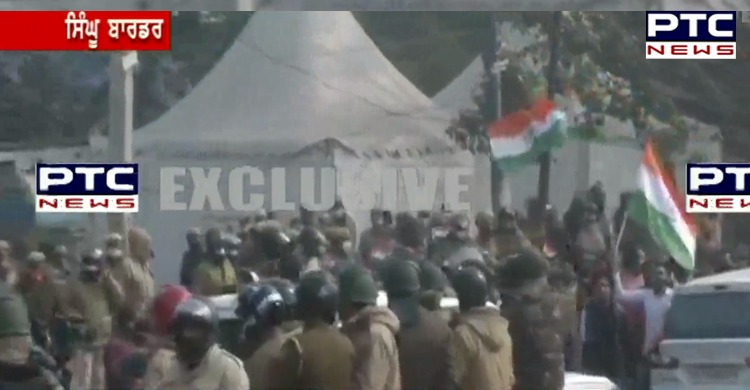 Meanwhile, security forces have been deployed in an order to avoid any untoward situation at the Singhu border.

Meanwhile, heavy police presence was seen at the Singhu border (Delhi-Haryana border) as they attempt to barricade a portion of the road in order to restrict the protesters from coming to one side of the road from the other side. The protesters are opposing the barricading being done by Police.

On Wednesday, Bharatiya Kisan Union (BKU) spokesperson Rakesh Tikait had said that farmers will head to the local Police stations around Ghazipur border if the electricity was cut in the area and warned that the onus of what happened next would lie on the govt. 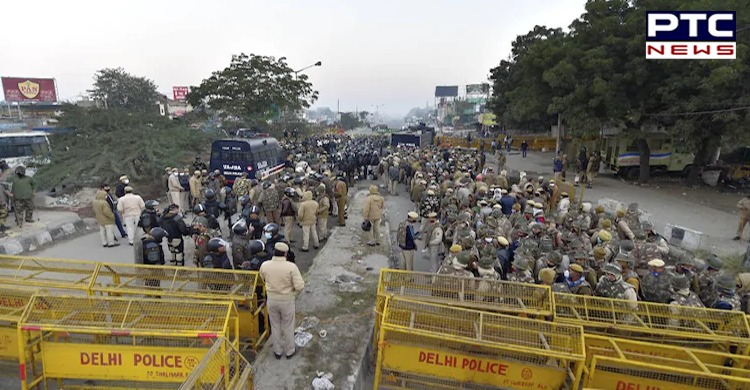 Earlier in the day, the Delhi Police issued a look out circular against the farmer leaders who’ve been named in the FIR in connection with the violence during the farmers’ tractor march on Republic Day. 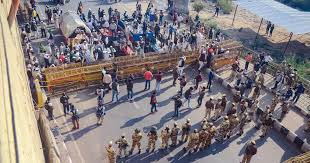 Delhi Police issued a notice to Bharatiya Kisan Union spokesperson Rakesh Tikait asking to explain as to why legal action should not be taken against him for breaching the agreement with police regarding the tractor rally on January 26.