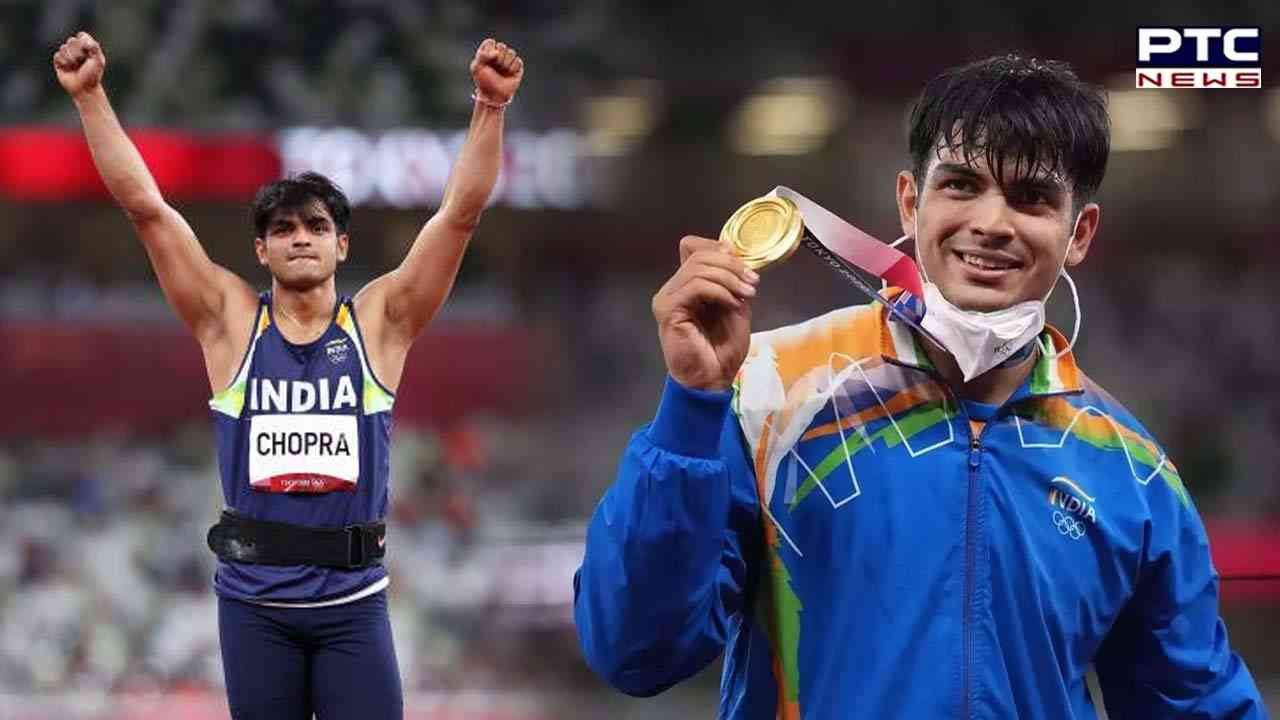 New Delhi, December 24: As the first and only Indian track and field athlete to win an Olympic medal, Neeraj Chopra has already written his name in history books with his gold medal at the 2020 Tokyo Olympics. He is India's second individual Olympic gold medalist, following shooter Abhinav Bindra.

Today (December 24) is Neeraj Chopra's 25th birthday. He brought honour to India by winning a gold medal in the men's javelin throw at the 2020 Summer Olympics in Tokyo. On the occasion of his 25th birthday, let us take a look at the Indian Javelin star's best records and accomplishments.

Who could forget On August 7, 2021, Neeraj Chopra won his second individual gold medal for India, becoming the first track and field athlete to do so. Neeraj accomplished this feat at the Tokyo Olympics 2020 with a stunning throw of 87.58 metres. He rose to prominence in a country where cricket is idolised.

Also Read | Ludhiana STF nabs two with 8kg heroin smuggled by Pak drone
Neeraj Chopra drew attention when he threw 86.48 metres at the World Junior Championships in Poland. This was also the new U-20 World Record. With this performance, he established himself in the world of javelin, breaking Zigismunds Sirmais of Latvia's previous best mark of 84.69 metres.
Diamond League

After winning the gold medal, Neeraj Chopra had an outstanding year. However, 2022 was equally impressive. He won the silver medal in the World Athletics competition and finished second in the Diamond League. His throw was the best to date, measuring 89.94 metres and falling just short of the coveted 90-meter mark. In the race, he finished second to Grenada's Anderson Peters, who had thrown the ball 90.31 metres.

Neeraj Chopra made history last year at the World Championships by becoming only the second Indian and the first male track and field athlete to win a medal. With a throw of 88.13 metres, he finished second and won the silver medal, achieving his goal of winning a World medal. Before Neeraj, Anju Bobby George won a bronze medal for India in the long jump.

Last year, Neeraj broke two of his own national records. He now holds the male javelin record after a throw of 89.94 metres in the Stockholm Diamond League. This year, he plans to attempt to break the coveted 90-meter barrier, which is a sign of a capable javelin competitor.