Stage collapses at farmers' Mahapanchayat, Leader Tikait and others fall 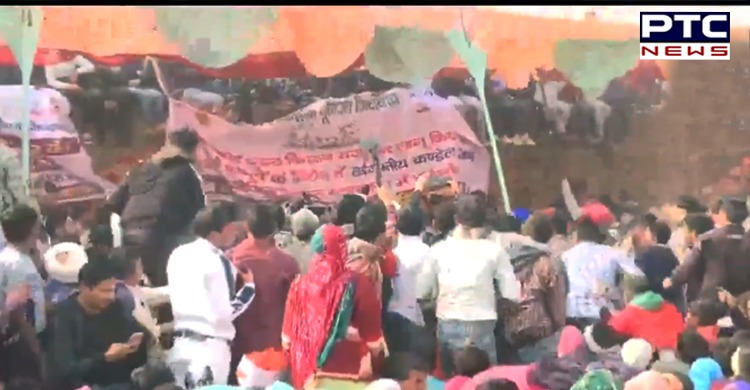 Haryana's Jind: At a massive gathering for farmers' "Mahapanchayat" in Haryana's Jind, a stage collapsed this afternoon.

Rakesh Tikait, leader of Bharatiya Kisan Union (Arajnaitik), Farmer leader Balbir Rajewal and other farmer leaders, who were standing on the stage, also fell down when the stage went crashing. There are no reports of any injuries.

A video of the stage collapsing showed Mr. Tikait and others being taken down as the stage crashed just as he was about to address the gathering. People who were sitting on the ground, listening to the people on the stage, jumped up in shock and horror.

The "Mahapanchayat" has been organized by the Haryana khap, a self-appointed village court, where Rakesh Tikait and several other leaders of various farmer unions were addressing the gathering. 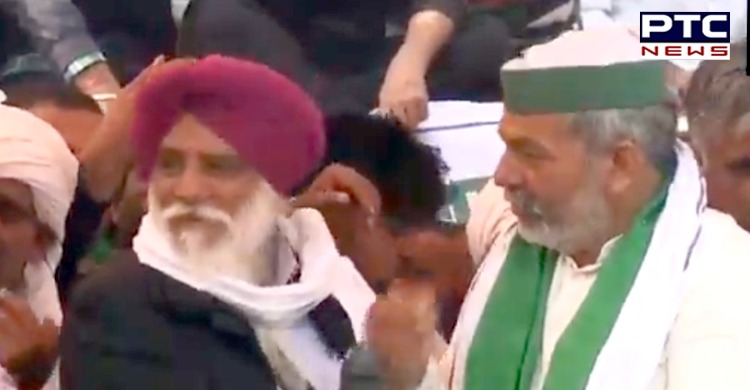 The meetings have deliberated on the January 26 violence that unfolded in Delhi after a tractor rally by farmers turned violent due to a few protestors.