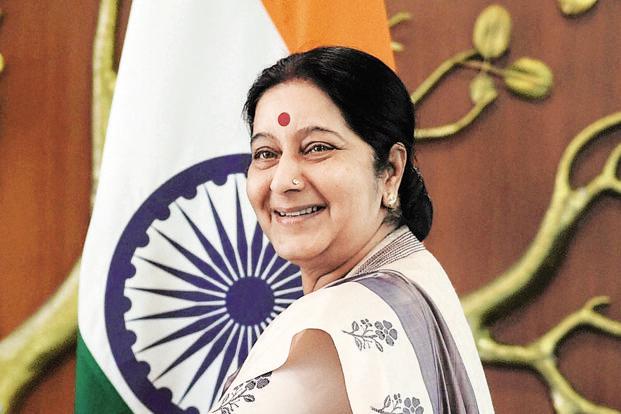 US: Sushma Swaraj to hold more than 30 bilateral meets

External Affairs Minister Sushma Swaraj will hold over 30 bilateral meetings as a part of her visit to the United States.

The schedule will begin with the meetings with Morocco's Minister of Foreign Affairs Nasser Bourita and European Union High Representative for Foreign Affairs Federica Mogherini, to be held today.

On the sidelines of the 73rd session of the United Nations General Assembly (UNGA), the External Affairs Minister, apart from participating in the UNGA Debate on September 25, will also attend US President Donald Trump's event on a call for action against the global drug problem.

She will also take part in the G4 meet to be held tomorrow besides also attending the Non-Aligned Movement meeting on September 26 and meetings of the BRICS, IBSA and SAARC on September 27.

Swaraj's statement in the UN General Assembly will take place on September 29.

Swaraj was also slated to meet her Pakistani counterpart Shah Mehmood Qureshi on the sidelines of the UNGA. However, after increasing reports of violence on police and army personnel in Jammu and Kashmir, the meeting was called off.