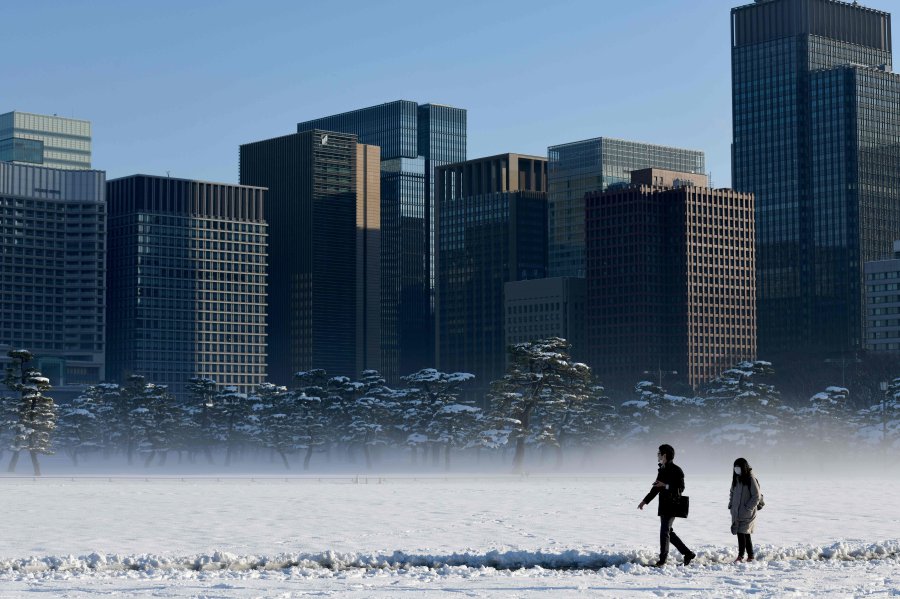 Japan's weather agency recorded as much as 23 centimetres of snow in some parts of Tokyo, the biggest snowfall since February 2014.

The weather paralysed yesterday evening's commute as millions of workers battled to get home in one of the world's most populous cities.

Notoriously hard-working Japanese employees were urged to knock off early but this did not prevent delays and crushes at major stations. 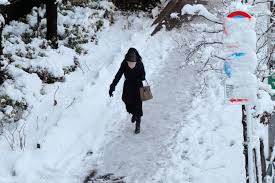 Notoriously hard-working Japanese employees were urged to knock off early

Public broadcaster NHK said at least 180 people had sustained minor injuries on the frozen streets and there had been around 700 traffic accidents, police said.

And for the second day running, dozens of domestic and international flights departing from and arriving at the Japanese capital were scrapped due to the snow, with more than 9,000 people stranded overnight at Narita airport, officials said.

Airport officials and airline staff handed out water, snacks and sleeping bags to the unlucky passengers.

"I had planned to visit the US after graduating from university but my flight was cancelled. Why today?" an exasperated female student told NHK.

Heavy snowfall is common in northern areas of Japan but rare in the capital, which last saw this amount of snow in 2014. 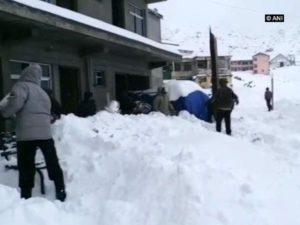 Heavy snowfall is common in northern areas of Japan

The sun was shining brightly on Tuesday morning, but forecasters predict the mercury will stay well below zero this week, causing treacherous roads, and warned of more injuries.

The greater Tokyo area will see lows of minus six degrees Celsius (21.2 degree Fahrenheit) on Wednesday, the weather agency said. 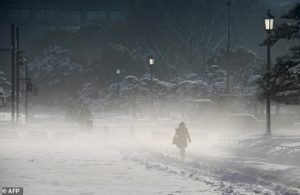 "It's rare to have sub-zero temperatures for a few days in the Tokyo area, and that would freeze the snow," agency official Kenji Okada told AFP.

"In the past, we have seen a lot of injuries caused by slipping and falling. Simply walking can be dangerous," he said.