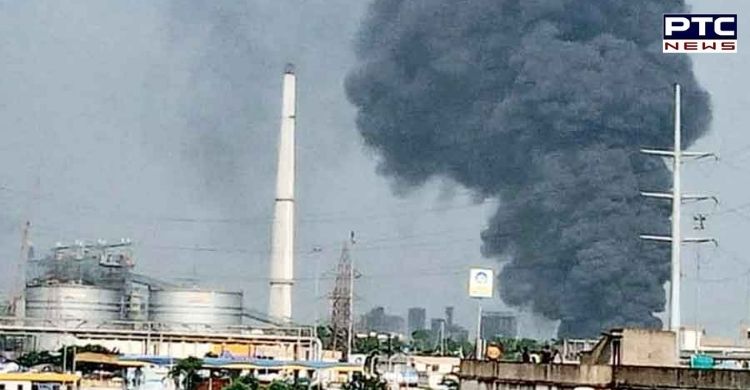 Haldia (West Bengal): At least three people died and over 40 were injured in a fire incident at IOCL refinery in West Bengal's Haldia on Tuesday.

SK Ajgar Ali, Chairman-In-Council, Haldia Municipality said, "Three people died and over 40 persons were injured in a fire incident at IOCL refinery in Haldia on Tuesday. The injured have been shifted to Kolkata." West Bengal Chief Minister Mamata Banerjee expressed anguish over the fire incident.

"Deeply anguished by the fire in IOC, Haldia. Three precious lives were lost and my thoughts are with the bereaved families in this hour of grief. Those injured are being brought to Kolkata through a green corridor. GoWB will extend all assistance to ensure their speedy recovery," the Chief Minister tweeted. 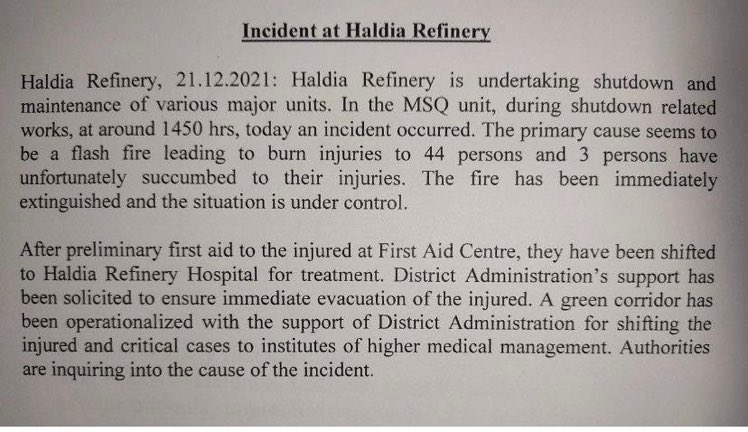 "Detailed investigation has been ordered to ascertain the cause of the accident," Union Minister Hardeep Singh Puri said a tweet over the fire incident at IOCL refinery in West Bengal's Haldia.

"A green corridor was operationalised for shifting critical cases to institutes of higher medical management. Compensation & best medical care will be provided to all those who have been affected," tweeted Union Minister Hardeep Singh Puri.