This is India's first-ever medal in archery 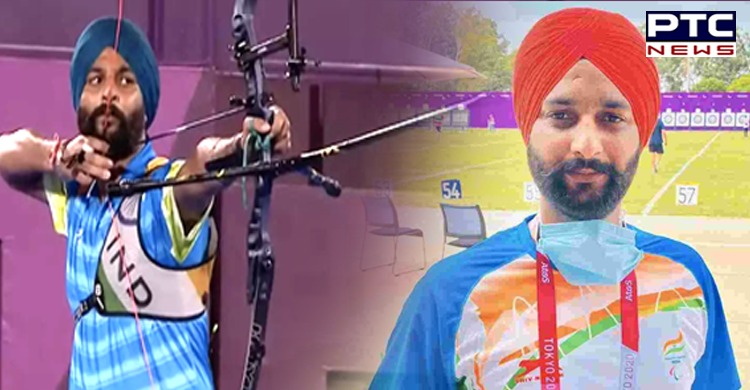 Tokyo Paralympics 2020: Indian archer Harvinder Singh created history by winning bronze medal in the men's individual recurve event on Friday. This is India's first medal in archery at the Games.

Harvinder Singh beat South Korea's Kim Min Su 6-5 in a thrilling bronze medal playoff to take India's medal tally at the current Games to 13.  Harvinder Singh was off to a brilliant start as he aimed 10, 7, 9 in comparison to 9, 6, 9 of Kim to clinch the first set.

The South Korean archer came back brilliantly in the match as he scored 29 to clinch the second essay. The momentum was again shifted towards Harvinder as he clinched the third set by 28-25. Both archers shared the spoils in the fourth set, as the match went into the decider. In the fifth set, Min Su Kim again showed his class to clinch the decider by 27-26 to force the shoot-off. Playing his 3rd shoot off of the Tokyo Paralympics 2020, Harvinder prevailed in a thriller as he aimed perfect 10 to find the podium finish. Going first, the Korean aimed an 8. Earlier, United States of America's (USA) Kevin Mather defeated Harvinder by 6-4 in the semifinal.