Virat Kohli having fun along with Rishabh Panth, KL Rahul & others, juggling up the ball, watch video 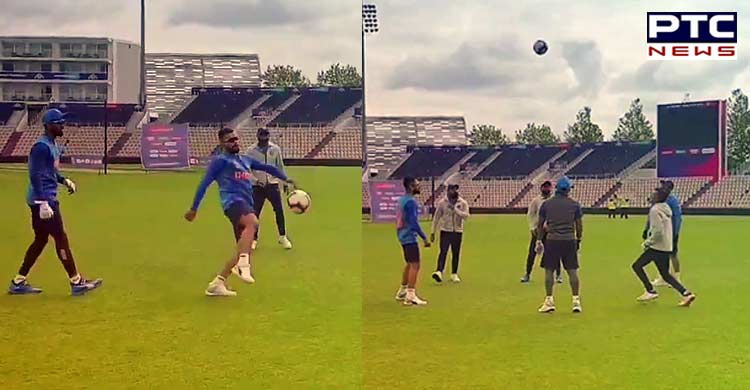 Indian Cricket Team is preparing for the next match India vs Afghanistan in ICC Cricket World Cup 2019. Meanwhile, Team India is having a fun warm-up before hitting the nets. Men in Blue were seen playing football, in a video released by BCCI. The boys kept the ball in the air for 41 times, as mentioned by the Board of Control for Cricket in India. Also, BCCI asked the fans, about how many times can you do the same. Team India recently defeated Pakistan in a high-voltage match which later became one-sided. 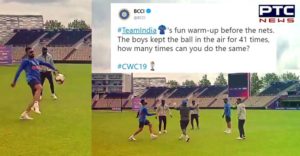 In a video released by BCCI, Virat Kohli, Rishabh Panth, Yuzvendra Chahal, KL Rahul, M Shami, Rohit Sharma, and Ravindra Jadeja are having fun with the ball and juggling it up in the air. The video is released on Thursday, and the Indian team will face Afghanistan on Saturday, i.e. June 22, 2019.