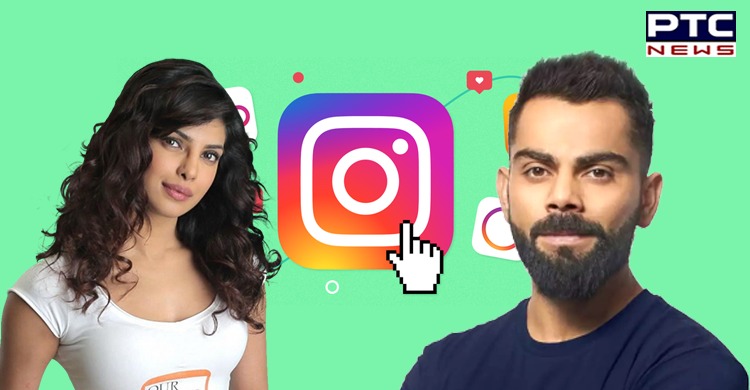 Indian cricket team captain Virat Kohli and actor Priyanka Chopra have made it to the Instagram Rich List of 2021. Footballer Cristiano Ronaldo was on the top.

Priyanka Chopra was on the 27th spot in Instagram Rich list 2021. If reports are to be believed, Chopra is making $403,000 (an estimated Rs 3 crore) for every promotional post she makes. Last year, she was on the 19th spot on the list.

On the other hand, Cristiano Ronaldo is on the top of the list, making Rs 11.9 crore from each sponsored post. The Instagram rich list is released on a yearly basis. It ranks celebrities on how much they earn on the photo-sharing app.

On the work front, Priyanka Chopra is busy with numerous projects. She wrapped her schedule for Matrix 4 and Text For You and is now filming her upcoming project Citadel in the UK.

Also, she will also be seen in an Indian wedding comedy with Mindy Kaling, who is also producing it.