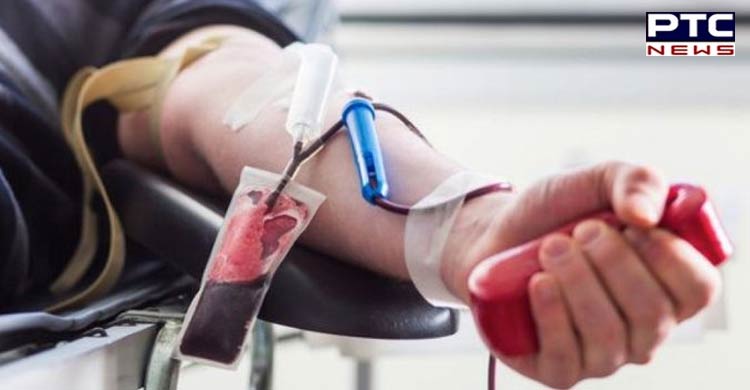 New Delhi, June 13: On World Blood Donor Day, the World Health Organisation (WHO) has urged potential blood donors in the South-East Asia Region and around the world to "join the effort" to save lives, improve health, and advance health equity by donating blood on a regular, voluntary, and unpaid grounds.

Dr Poonam Khetrapal Singh, WHO Regional Director for South-East Asia, said that "an estimated 118.5 million blood donations are collected worldwide, of which around 40 per cent are collected from high-income countries, home to just 16 per cent of the world's population. In low-income countries, a majority of blood transfusions are given to children under 5 years of age and to manage pregnancy-related complications, making regular donations by voluntary unpaid donors a critical tool in the fight against maternal, neonatal and child mortality."

"An estimated 2 million more units of blood are urgently required from voluntary unpaid donors in the Region to help patients of all ages live longer and with a higher quality of life, to support complex medical and surgical procedures, and to accelerate progress towards universal health coverage (UHC), health system resilience and Health for All," she added.

According to the WHO Regional Director, countries in the Southeast Asian region have maintained essential blood donation and transfusion services throughout the Covid-19 response, as well as enhanced donor care, increased clinical use of blood, and strengthened oversight and surveillance of the blood transfusion chain.

She went on to say that all donated blood was tested for HIV, hepatitis B, hepatitis C, and syphilis and that more than 80% of it came from unpaid donors.

From 2008 to 2018, the Region had the largest percentage rise in voluntary unpaid blood donations and the second-highest absolute increase among all WHO regions.

Singh also emphasised the importance of national action plans for blood donation, noting that various issues must be addressed. The policymakers and programme managers are the first. They should reassess and, if necessary, update national blood action plans, as well as mobilise adequate and sustainable funding to carry them out.

"Secondly, health facility administrators and managers should increase health worker capacity to safely collect, store and administer blood and blood products, instilling a culture of quality that encompasses all aspects of the chain of blood transfusion," she continued.

"Third, policymakers should standardize data collection and reporting and implement uniform systems for traceability, surveillance, haemovigilance, and pharmacovigilance for both public and private sector providers. Program managers, educators, and civil society groups should increase awareness of the benefits of regular blood donation, especially among youth, who should be encouraged to make blood donation a habit," WHO Regional Director said.