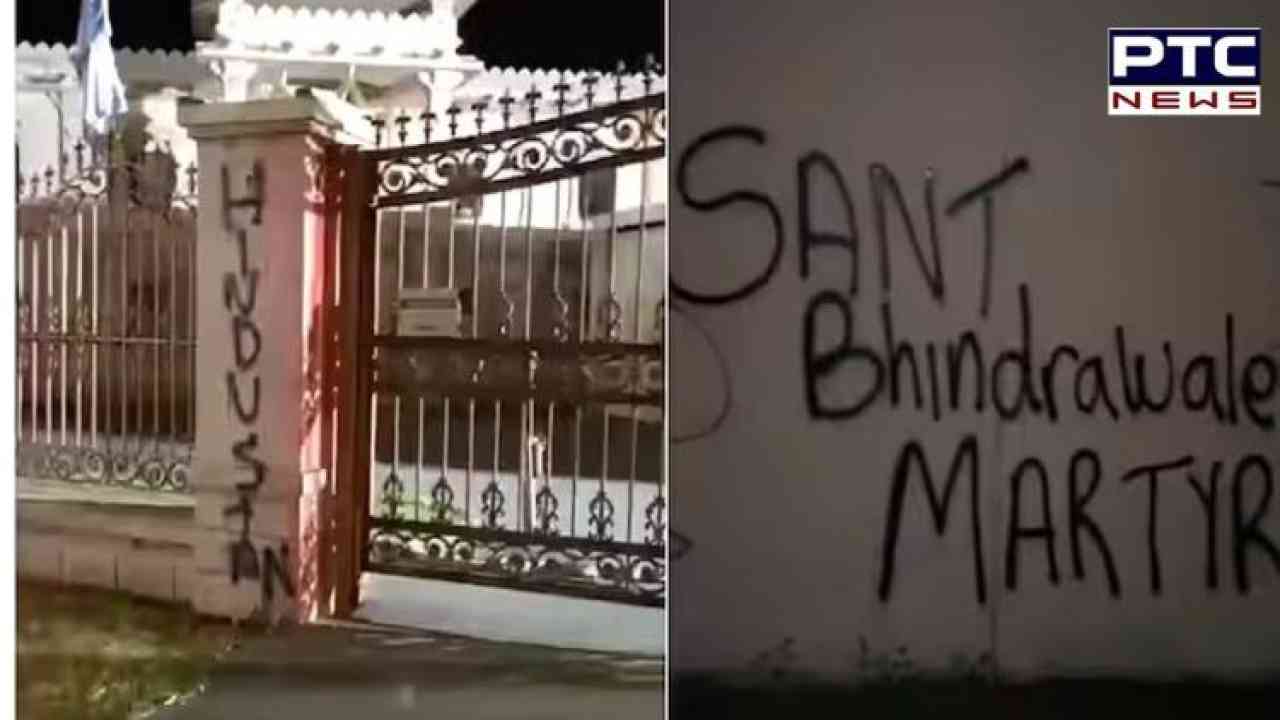 Canberra (Australia), January 12: The BAPS Swaminarayan Temple in Melbourne's Mill Park area was allegedly vandalised by anti-India elements, with anti-India slogans written on the temple's walls, according to The Australia Today.

Patel, an onlooker who did not want to give his first name, told The Australia Today that he saw the vandalised temple walls when he visited the site on Thursday.

"When I reached the temple today morning all walls were coloured with graffiti of Khalistani hatred towards Hindus." The Australia Today quoted Patel.

"I am angry, scared and dismayed by the blatant display of religious hatred towards the peaceful Hindu community by Khalistan supporters." BAPS Swaminarayan Mandir said in a statement to The Australia Today that they are "deeply saddened and shocked by these acts of vandalism and hate."

According to The Australia Today, the BAPS Swaminarayan Mandir also stated that they have informed the authorities about the incident.

Meanwhile, in a video message, Australian Prime Minister Anthony Albanese expressed his "warmest wishes" to Pramukh Swami Maharaj ji and the BAPS organisation on the occasion of his 100th birth anniversary.