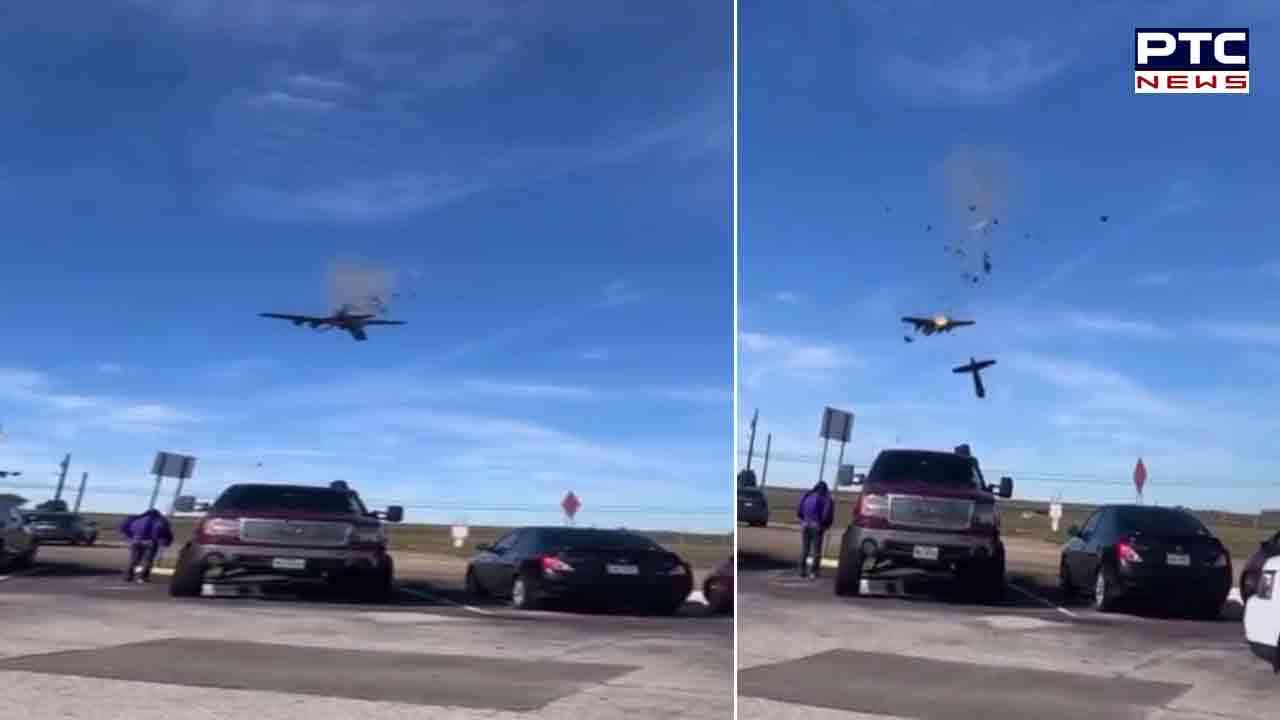 The Spokesperson of the Dallas County Medical Examiner's office said, "We can confirm that there are six (fatalities)." More than 40 fire rescue units responded to the scene after the two vintage planes - a Boeing B-17 Flying Fortress and a Bell P-63 Kingcobra - went down during the Wings Over Dallas airshow.

Dallas's mayor described the video footage of the crash as "heartbreaking," the planes are seen breaking apart in midair after the collision, then hitting the ground within seconds, before bursting into flames, reported CNN.

The Allied Pilots Association - the labour union representing American Airlines pilots - has identified two pilot retirees and former union members among those killed in the collision.

Former members Terry Barker and Len Root were crew on the B-17 Flying Fortress during the airshow, the APA said on social media, according to CNN.

"Our hearts go out to their families, friends, and colleagues past and present," the union said. The APA is offering professional counselling services at their headquarters in Fort Worth following the incident.

Sources told WFAA that a B-17 heavy bomber was involved in the incident, while the make of the second plane is uncertain. Debris from the crash fell on a nearby highway.

The broadcaster said that local authorities have no information on the condition of the pilots.